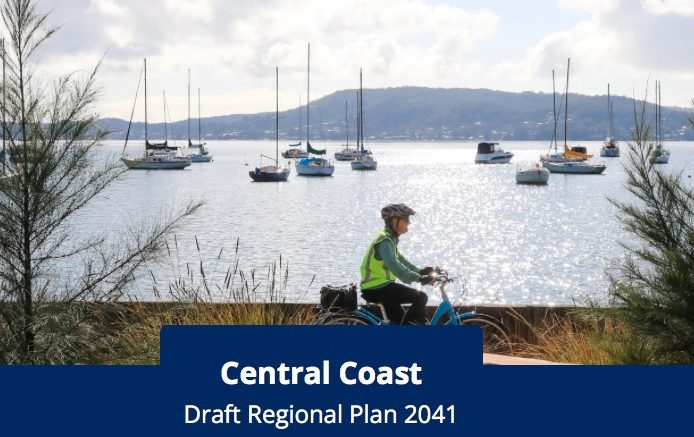 As the NSW Government announces its plan for the Central Coast to be swallowed up in a Greater Sydney ‘Megaregion’ – one of Six Cities under a Greater Cities Commission – the local community has been invited come together this Saturday, December 11, to have its say on the future of planning on the Central Coast.

“Our aim is to bring together individuals and community groups who have an interest in local planning but feel that they do not currently have a voice – or even very much input – into how their streets, villages and their region is being planned and developed,” said Central Coast Community Better Planning Group Chair, Gary Chestnut.

“In the past week alone we have heard of the NSW Premier’s plans to make the Central Coast part of a Greater Sydney Mega City and an updated regional plan has been presented to us, through the media, by the Parliamentary Secretary for the Central Coast,” Mr Chestnut said.

“It seems that the community is the last to know what the future holds for the place it calls home and it seems the community – including the businesses and residents who pay water and land rates – are rarely consulted in a meaningful way about their views,” he said.

Mr Chestnut said he expected the discussion at the community forum to be lively due to the volume of proposals and plans currently making their way through the system.

“If you are an individual concerned about planning and development on the Coast or if you have a community group working on a particular planning issue, there is still time to register for this event. “Community groups can set up a table and distribute information about their particular issue – this is an opportunity for the Central Coast community to have its say about our future.”