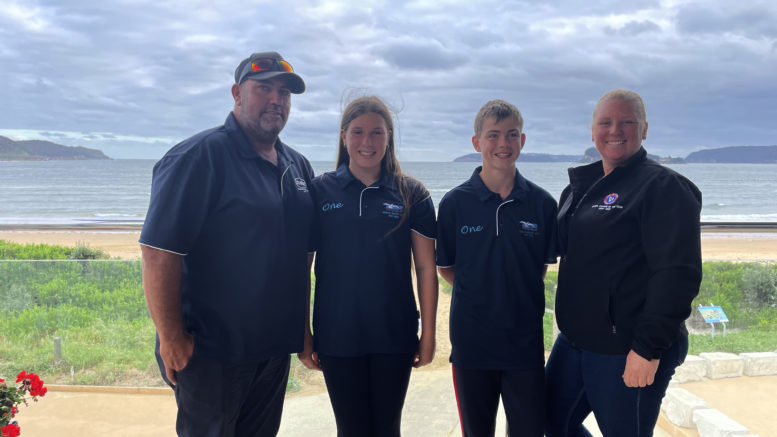 Heralding Ocean Beach Surf Life Saving Club’s 100th year in operation, Zara Tucker and William (Billy) Hawksley have been selected as the Junior Life Saver of the Year representatives for the 2021-22 season.

The selection was confirmed by the club after an assessment process involving CPR scenario testing and an interview with questions on their past involvements with the club and what they ultimately sought to achieve from a life with surf lifesaving.

Zara and Billy were named to compete for Ocean Beach at the Central Coast Junior Surf Life Saving Championships expected to go ahead in January 2022, with progression onto the state level competition up for grabs.

At 13 years of age, this is Zara’s ninth season with Ocean Beach since beginning in the Under 6 age group and continuing her development each consecutive year.

Also in the Under 14’s, Billy has only been an active junior with Ocean Beach for two years, in which time he has quickly taken to being an active member of the club.

Both juniors have been required to undergo multiple surf education award programs and are currently in the process of obtaining their Surf Rescue Certificates, a course that will assist them in attaining their Bronze Medallions once they are 15 years old.

Zara and Billy were selected due to their recognisable efforts as role models to the club’s youngest members, and as reliable hands in the running of club events.

These two can often be seen assisting the new Under 6 and 7 club members on training days, imparting years of skills and knowledges onto the younger generation alongside their Under 13 and 14 fellows.

They are well known to be active assistants during club raffles, BBQ’s and other important functions.

For Ocean Beach’s Director of Junior Activities, Robyn Carr, the selection has a special significance because it aligns with the club’s centenary year.

“This season, Ocean Beach celebrates 100 years of surf lifesaving and being selected to represent the club in this significant season is extra special for Zara and Billy,” she said.

“At Ocean Beach we are a family club and we all work together to give the children what they need to succeed, not just in surf lifesaving but with life skills.

“By giving the children opportunities like this, they gain skills that they can take with them, (and) we have had a lot of success with club members winning the Central Coast division of this award.”

The competition will surely be tight against the many high achieving surf lifesaving clubs of the Coast, yet Zara and Billy will enter knowing they have the wisdom of 100 years behind them.