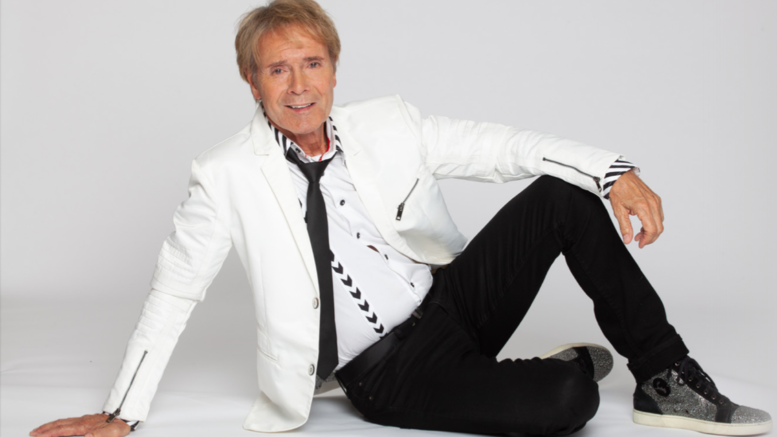 Britain’s ‘Ultimate Pop Star’, Sir Cliff Richard, invites you to be part of the most spectacular silver screen party of the year, as he celebrates his 80th birthday in cinemas worldwide.

On 27 and 28 November 2021, Sir Cliff will bring his enthralling show to a cinema near you, as The Great 80 Tour has been captured live from the Royal Albert Hall in London.

After more than a year away from the stage, he will celebrate the return of live music by performing a selection of his greatest hits. Promising to be one of his most exciting concerts to date, his on-stage energy and passion will be sure to have you dancing in the aisles! The event will also feature exclusive footage of Sir Cliff, recorded especially for cinema audiences.

The Great 80 Tour was originally scheduled for 2020 to coincide with Sir Cliff’s 80th birthday. He will now celebrate a year later, inviting cinema audiences to mark this very special milestone with him.

Presented by CinemaLive, leading producers and distributors of Event Cinema, Cliff Richard: The Great 80 Tour will be shown live on over 1,000 screens in the UK and Ireland including major multiplexes and many independent cinemas and arts centres. The show will then be screening further afield in cinemas throughout Australia, New Zealand and Canada.

Speaking about the cinema event, Cliff commented: “I am delighted that CinemaLive are once again partnering with us to show The Great 80 Tour in cinemas worldwide. This tour was sadly postponed from 2020 due to the pandemic and was due to be my 80th Birthday celebration with my fans. To have the opportunity to reach an even wider audience in cinemas, and especially for those international fans still unable to travel to the tour venues, is a little nerve wracking, but hugely exciting!!”

“I shall begin the tour aged 80 and will be 81 when in cinemas – what a great way to celebrate.”

Staggeringly, with over 100 albums under his belt, Sir Cliff Richard is undoubtedly a musical icon, being the only British pop artist to have number one hits in every decade from the 1950s to the end of the 20th Century.

From rock tracks like ’Devil Woman’ to ballads like ’Miss You Nights’ – not to mention the UK’s best-loved Christmas songs – his music has been a constant for generations of people.

Central Coast Newspapers has 5 x The Great 80 Tour double passes to be won for screenings on 27-28 November. Fill in the form above for your chance to win. Entries close 9pm Friday 26 November 2021 and winners drawn same day. One entry per person. Entrants must be aged 18+.

Tickets drawn on Saturday 27 at 10am. Only the winners will be contacted via text message.

Pacific Link has a $1.4M surplus