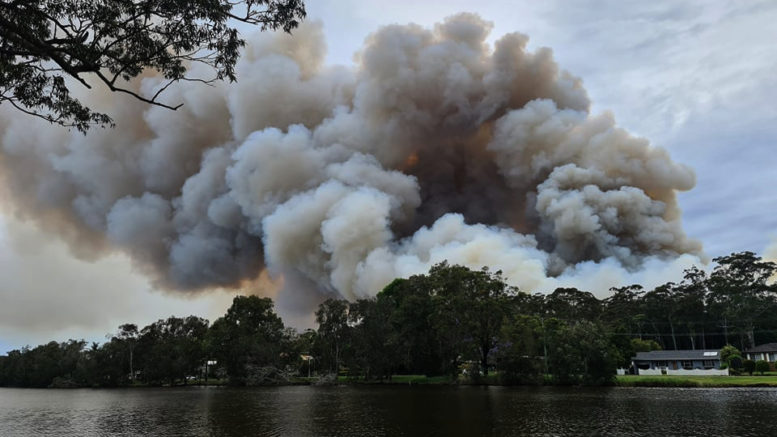 Huge thick plumes of smoke filled the air from South Tacoma to the sea and householders were forced to close windows and doors as large clumps of ash fell in Blue Bay on the afternoon of Friday, November 19.

The amount of smoke blanketing the sky was because of the green vegetation growth which creates more smoke.

NSW Rural Fire Service said it received a lot of calls about the smoke and assured the public that the fire crews “had it all in hand” and that the hazard reduction burn was contained.

Fire crews were on site well into the night to manage the scheduled burn.