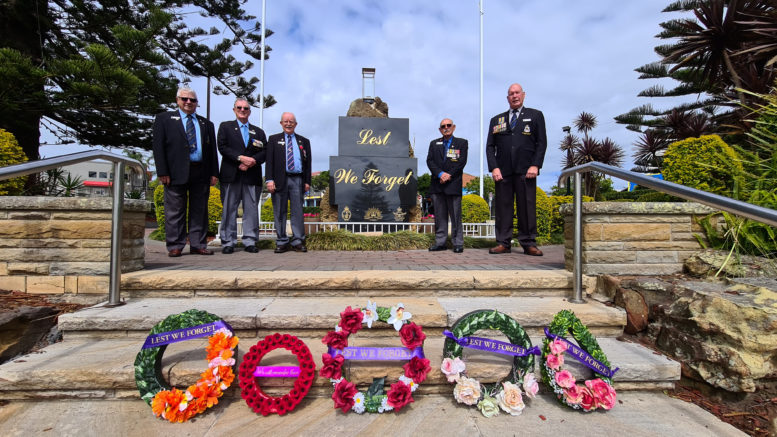 Services will be held across the Central Coast to honour the lives of our service men and women next Thursday, November 11, as the region commemorates Remembrance Day.

At Gosford RSL, the Sub-Branch will hold a service at Gosford Cenotaph.

“We’re expecting an attendance of over 2,000 people.

Davistown RSL will also hold a service at 10:30am.

President of Davistown RSL Sub-Branch, Paul Osborn, said the service would include the Ode, a wreath laying and the last post.

“I have no idea how many we will have coming along this year, but we usually get around 30 people,” he said.

“Usually we see representatives from Adam Crouch, and Lucy Wicks’ office come along, and our members and members of the community.

“It used to be called Armistice Day, and it is to remember all the people who have survived and returned (from war) or did not return and (those who) returned with mental health issues.”

At Ourimbah Lisarow RSL, the Sub-Branch will hold a service in the club grounds at 10:50am.

“Last year we had around 80 people attend, and this year we have some local schools coming like Ourimbah and Lisarow Public Schools and the school captains will be involved in the ceremony.

“Remembrance Day must be commemorated, just like ANZAC Day, as we need to remember those who fought for our country and our freedom.”

Brooklyn RSL will conduct a service at the Brooklyn Park Cenotaph.

Secretary of Brooklyn RSL Sub-Branch, Mike Fish, said he expects around 50 members of the club and community to attend the annual service.

“It’s the commemoration and recognition of our soldiers and sailors and their efforts in World War I,” Fish said.

“It’s the reason why we have a moment of silence every evening in every club around the country.

“It’s a celebration of Australian culture.”

The Navy Veterans’ Welfare Association of NSW will conduct a Remembrance Day Commemorative Service on the lawn area adjacent to the Copacabana Surf Life Saving Club on Del Monte Place at 10.30am.

Economic statistics paint a rosy picture – so why are we so glum?

Little known about progress of vaccine rollout on Coast