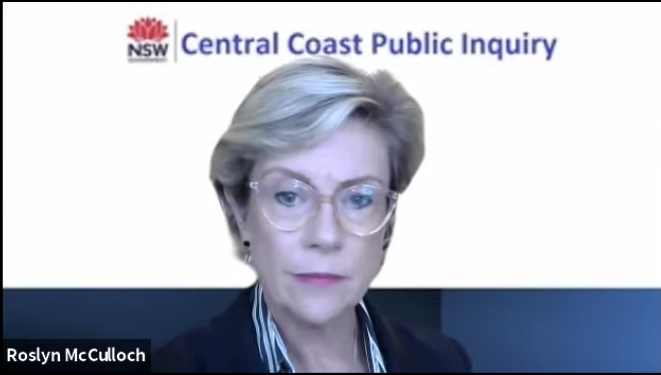 Why would anyone want to pay for home building approvals at great expense with long delays if Central Coast Council turns a blind eye to the chosen ones?

Some people don’t follow the rules and build anyway and seem to get away with it without the massive expense and official checks.

Listening to the final speaker at the inquiry into the financial catastrophe of Central Coast Council where our Council racked up a (huge) debt, I was shocked at the comments of Commissioner Roslyn McCulloch.

The speaker was talking about his neighbour and he noticed the numbers on the reports of the renovations next door were incorrect and passed through Council channels and were given the tick of approval.

The plans were different to what had been built.

This is a big deal for people who are paying for these approvals and going through the channels correctly.

How can some be forced to comply and others slip under the radar without the expense?

The Commissioner stated in response that people build all the time without approval and sometimes they are allowed to stay there.

What on earth is she saying?

Is this appropriate information to be stating at a publicly inquiry into Central Coast Council?

This resident is trying to prove that people in Council are letting some people off with false documents.

Why is this happening?

Does this set a precedent that you can try to build whatever you like without approval and you will probably get away with it?

After all it happens all the time, the Commissioner says.

What about the terms of reference to the inquiry?

They state: Any other matter that warrants mention, particularly those that may impact on the effective administration of Council’s functions and responsibilities or the community’s confidence in the Council being able to do so.

This absolutely destroys the community’s confidence in the Council.

I’m sure if you asked a hard working family that has had to add the expense of approvals and checks for Council to their home loan for a rumpus room for the children they would be very angry.

After all they are waiting and going through the channels legally at a cost they personally have to bear, perhaps for a very long time.

All this has proven to me is the Public Inquiry is a waste of funds.

The residents of the Central Coast wanted a judicial inquiry and we have been let down.

We are the cash cows that are bailing the Council out of debt.

If you are planning on making adjustments to your home at great expense for Council to approve or not allow perhaps you should look up the transcript on the last day of the hearing and make up your own mind.

Flavours by the Sea cancelled