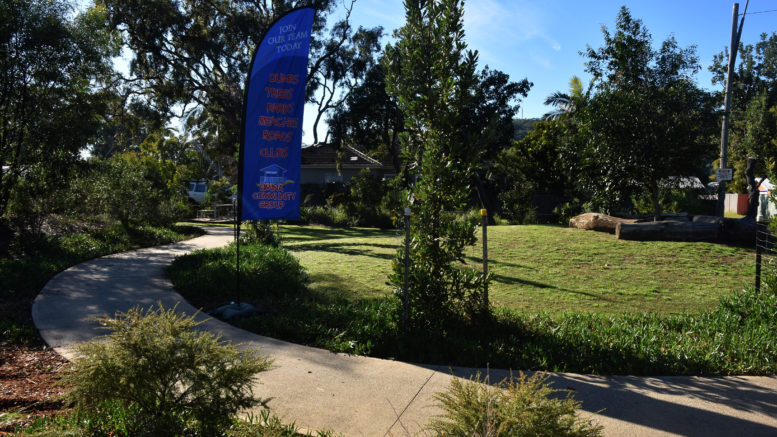 Part of the old wartime runway will have signage erected.

The Umina Community Group has received over $5,000 to install new signage at Runway Park on Trafalgar Ave to help remember those who served in the defence forces.

The Group received a total of $5,112, as part of the Saluting their Service (STS) Commemorative Grants Program, to install four information signs around the park on Trafalgar Ave.

The signs will show different stories and pictures to depict the history of the World War Two runway that existed in the middle of the Peninsula.

Julian Bowker from Umina Community Group said the grant will allow the Group to complete the upgrade to
the park.

“The final stage of the community driven upgrade of the park will be to implement four interpretive signs which explain the background to why an Airstrip existed in Umina,” Bowker said.

“Like the historical signs that have been installed along The Esplanade shared zone in Umina, we have also been working with Central Coast Council Library and local historians to use the photos they have to bring the stories of The Runway to life.

“It is hoped by connecting our local youth to the wartime story behind The Runway, they will gain a better understanding of the war’s impact on Australia and how we view the broader topic of the sacrifices made by the generations before us.”

Bowker said the Group is open to new design ideas from the public.

“While the signs are in final drafts, if anyone does have any specific images or stories they think should be included, please email contacts@uminacommunitygroup.com.au,” Bowker said.

“We hope that signs will be completed and installed in the new few months for the public to enjoy.”

Federal Member for Robertson, Lucy Wicks, said the funding would ensure the ongoing recognition of our Australian servicemen and women.

“It’s important that the service and sacrifice of our local veterans is recognised and remembered through these community initiatives,” Wicks said.

“Umina Community Group have been successful in a $5,112 grant to install interpretive signage at Runway Park in Woy Woy to explain the history of the area as an emergency aerodrome during the Second World War.

“The Central Coast is proud of our military history, our local veterans who have served our nation and their families who have supported them.

“The Central Coast recognises the importance of commemorating and honouring the contribution of our servicemen and women and all that they have done for our nation.”

The Terrigal-Wamberal RSL Sub-Branch also received funding to make new additions to the Wamberal War Memorial with new signage and the setting of three new stones at the site, each engraved with the names of local service personnel.