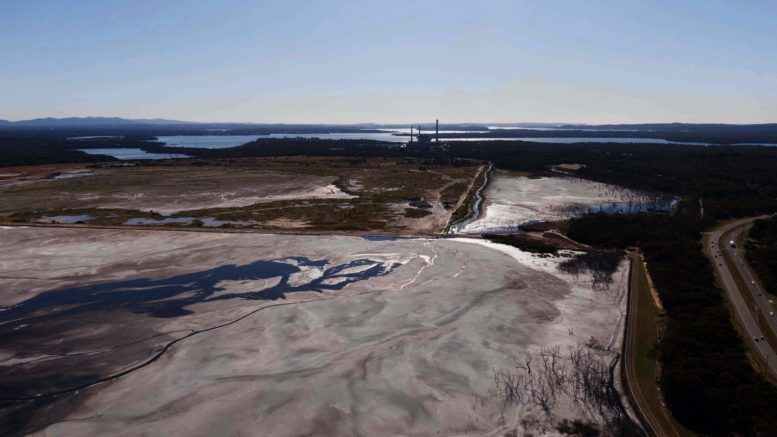 The NSW Government’s response to the Legislative Council Public Works Committee inquiry into Costs for Remediation of Sites Containing Coal Ash Repositories has just been released and is nothing short of a slap in the face to residents living near coal ash dams throughout NSW.

We had a real opportunity to put right the decades of wrongs done to both the environment and health of the citizens of NSW.

Instead the government came up with excuse after excuse to protect its departments like the Environmental Protection Authority and NSW Health for their decades of failures.

Previously government-owned and now privately-owned power stations have long degraded surrounding lands and lakes without caring too much about the consequences.

Our Energy and Environment Minister should ensure that the NSW EPA enforces strict licensing of the sites ensuring the community that when a breach occurs the owners of power stations do not receive a tokenistic fine and occasionally a clean-up notice.

This does nothing to the owners’ operations, a simple slap on the wrist whilst they continually degrade the regions where we live and recreate.

Fishing is now compromised in Lake Macquarie and Lake Munmorah.

Our health is degrading as the coal mines and power stations fight for their future and inevitable closures.

Whilst the Berejiklian Liberal Government shows no concern for its citizens as described in the Inquiries Committee Comment (3.66) and, knowing that all the regions around power stations and their ash dams in NSW consist mainly of working class people, the government is not willing to upset their high-flying buddies in business and therefore watered down the 16 recommendations of the bipartisan and unanimous Inquiry.

Governments of all persuasions and levels have continually turned a blind eye to the findings of community and environmental groups and now they do the same to one of their own Inquiries.

It is a shameful day when any government and/or its agencies, as public servants put in place to protect their citizens, disregard the findings of their own Inquiry and make excuses for their dismal failings whilst having very little concern for the health of their citizens.

This simply should be reflected at any of the upcoming elections.