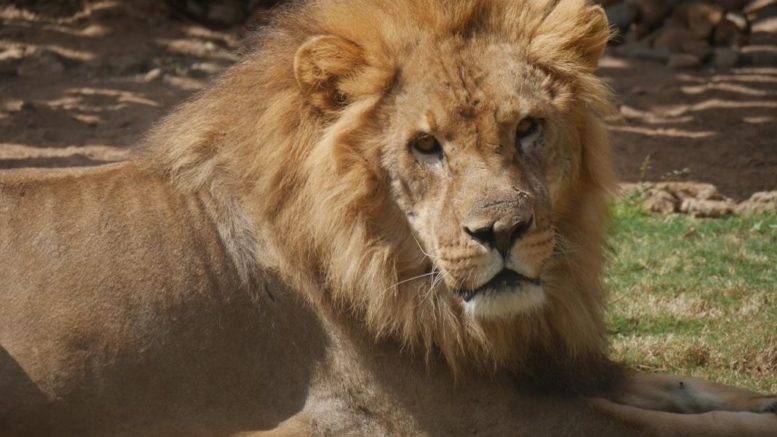 The exhibit was designed to optimise lion welfare, being built triple the size of the minimum requirements, and it has been inspected and approved by the State Government with an A-Grade rating.

Central Coast Zoo Senior Veterinarian, Katie Hankins said the new facility is state of the art and was built to keep all the lions from being separated.

“The fate of these animals was a bit unknown, as there was no zoo facility in Australia that could have taken all six and kept them as a family unit, so we made the commitment to make a brand-new facility so they could stay together,” Hankins said.

“Witnessing the bond Matthew has with these animals, and that these animals have with Matthew is truly extraordinary and incredible, he is part of their pride,” Hankins said.

Central Coast Zookeeping Team Leader, Caroline Shemwell said she is looking forward to opening up to the public again when lockdown restrictions lift.

“They’ve come from Stardust Circus and they are retired now, so we were lucky enough to be able to get them, and it’s quite a privilege to be able to have them.

“We’ve built this exhibit for them, and it’s pretty hard to have six lions together, so we were quite happy to take them and build them something for them that will last quite well.

“We were quite excited.

“We’ve got the male, Zihare, and his sister and younger brother who is the boss, he’s in charge of the group, and he has a sister in here as well, Nairobi.

“We also have Hulk and his sister Akenda,” Shemwell said.

Shemwell said that there is lots of cleaning and feeding involved with looking after lions.

“You need to learn the behaviours of each of the animals, and their individual personalities, but also the generalised behaviours of the lions so that you can pick up on any weird little bits of politics that might be going on in a group like this, so it helps circumvent it where we can.

“They pretty much pick their own leaders, and who is going to be with who and we just work with that,” Shemwell said.

The lions will be viewable when the Zoo opens later this year.

“They’re settling in and they’re having a chance to do that without the public which is great for them, as it’s a completely different situation for them and what they’re used to.

“We’ll be getting them cleaned up and training them to be able to do encounters and experiences so people will be able to get a lot closer to them, and by the time we open, hopefully everything will be sorted out and we’ll be good to go with them.

“We have a few other animals coming in as well, we’ve got a serval, we’ve got some alligators, and the meerkats of course so there will be different experiences and encounters we’ll be able to do with them at some point.

“I’m very excited that the Central Coast has it’s own pride of lions.

“Lots of kids and families will be able to come here, and it’s a lot easier for them than it is having to head to other places.

“Hopefully we’ll be able to see everyone when we open,” Shemwell said.

Shemwell has been a zookeeper for more than 30 years, with 13 years of experience with lions.

“I’ve done a bit of everything but lions and big cats are definitely my favourites,” Shemwell said.

Central Coast Zoo, which is part of the Central Coast Amazement and Fun Park will be opening to patrons later in the year.

When the zoo opens, patrons will be able to get up close and personal with the lions, including hand feeding them.