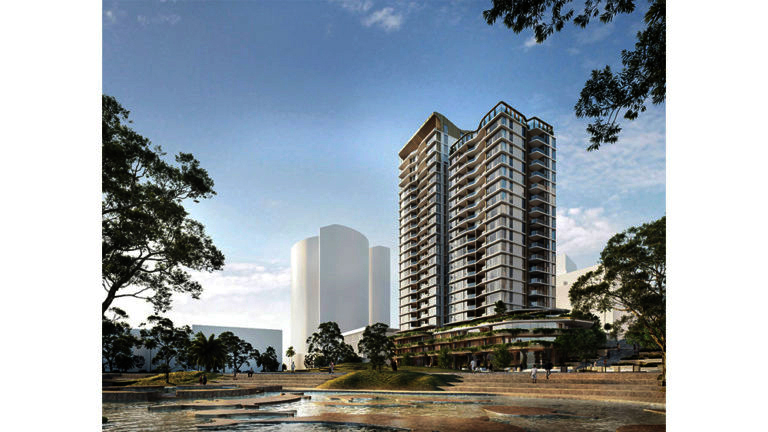 The Community Environment Network (CEN) is encouraging residents to have their say on the first stage of the proposed Central Coast Quarter development in Gosford before the cut-off date of October 18.

Under consideration by the NSW Planning Department as a State Significant Development (SSD), CEN says the project, at 26-30 Mann St, could easily have slipped through the cracks as an “insignificant” development.

Initially released in May as a major project, the DA has been re-released as an SDD following CEN intervention.

“In May, CEN wrote to the NSW Planning Department asking why (the application for a) 26-level mixed use building including car parking and associated works was listed by the Department as a major project and not a State Significant Development,” Chair, Gary Chestnut, said.

“This was the north tower of the Central Coast Quarter, definitely a significant project.

“We were initially told the building didn’t meet the criteria to be an SSD and (were) welcomed to make a submission.

“On May 9 CEN wrote back to the Department, this time pointing out that the Department was required under both the Act and the Community Participation Plan to exhibit the DA for the northern tower for a minimum of 28 days and comply fully with SSD provisions.

“We drew the Department’s attention to Clause 12 in the State and Regional Development SEPP that applies specifically to concept development applications such as the application approved for the former Gosford School site in August 2020.”

The difference he said, is that an SSD application requires a full Environmental Impact Statement to be prepared, whereas a major project does not.

“The consequence of this is that the determining authority has to be much more vigilant,” Chestnut said.

“It makes for a much more rigorous and transparent decision making process.”

Following CEN’s latter in May, it was advised that the application had been withdrawn and in July all of the proper steps for the tower to be considered as a State Significant Development were commenced.

“Last week the Department wrote to confirm that the exhibition period for the Central Coast Quarter Stage 1 has commenced so we now wish to encourage the community and especially Gosford City residents to take full advantage of this opportunity to provide feedback on the development proposed through the NSW Planning Major Projects Website,” Chestnut said.

The northern tower is proposed to comprise high-quality residential dwellings providing a variety of apartment types to suit the needs and lifestyles of existing and future residents of Gosford.

It also includes the creation and embellishment of a new public, open-air through site link which will improve pedestrian accessibility to Gosford waterfront and the city centre.