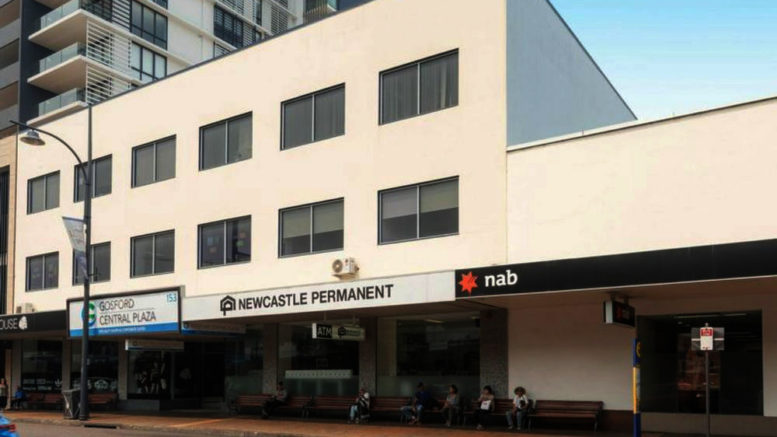 The Newcastle Permanent branch in Gosford

Newcastle Permanent Building Society Limited (Newcastle Permanent), with branches at Terrigal, Gosford, Tuggerah, Lake Haven and Bateau Bay, has announced one of its best years ever in 2020-21, growing both deposits and home loan approvals.

Despite a challenging year of ongoing COIVD-19 restrictions, historically low interest rates and continued economic uncertainty, the financial institution has announced a net profit after tax increase of $42.7M, up 41.6 per cent over the previous year.

“In the face of challenging headwinds, our continued focus on innovation and supporting our customers led us to deliver a strong and balanced financial result,” Inglis said.

“Our new home loan approvals reached a record $2.5B; customers also took advantage of the low interest rate environment to repay their loans faster, with 92 per cent of customers ahead on their repayments.

“Deposits continued to contribute the majority of our funding during the year (which) has enabled us to diversify
our high-quality home
lending portfolio.

“While we’re pleased that our balanced approach has enabled us to perform so well over the past year, we accept that the long-term effects of historically low interest rates and the global pandemic have not yet been fully felt.

“We are preparing for a more challenging forward environment characterised by ongoing market and economic uncertainty.”

Chair of Newcastle Permanent’s Board of Directors, Jeff Eather said the institution had started 118 years ago as a positive alternative to the major banks and remained true to that purpose.

“The difference is, today, we’re doing it in a much more complex and challenging environment,” he said.

Inglis said in the past year Newcastle Permanent had rolled out a new banking app that is more intuitive and offers greater functionality and introduced new ID check tools for more convenience.

“Additionally, the introduction of digital signatures has had an incredible response, with 93 per cent uptake from those customers offered the option,” she said.

For the second year in a row, Newcastle Permanent was recognised in the Forbes World’s Best Banks rankings, being named as the top Australian-owned financial institution in 2021.

The organisation was also awarded the Roy Morgan Customer Satisfaction Award, recording full year customer satisfaction of 92 per cent, and achieved a net promoter score of +43, significantly outperforming the major banks, which averaged below zero.

“To date the Charitable Foundation has provided more than $23M in grants to more than 500 community initiatives.”

In August 2021, Newcastle Permanent and Greater Bank announced both organisations had signed a Memorandum of Understanding (MoU) to explore merging.

Both parties are exploring the potential commercial and member benefits to be derived from bringing together the two Newcastle-based organisations.