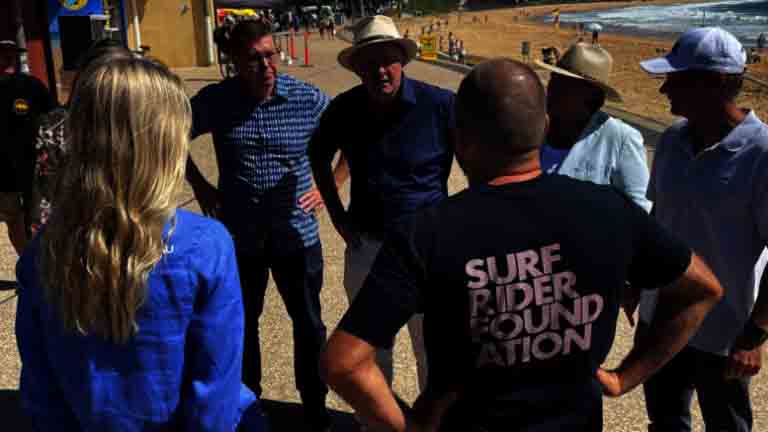 Community group Save Our Coast has obtained legal advice that the Federal Parliament has the power to enact a law to cancel the Petroleum Exploration Permit (PEP11) for off-shore drilling.

Environmental groups and concerned residents continue to wait for a decision from Federal Resources Minister Keith Pitt on the extension of the permit which expired in February.

Save Our Coast said it obtained the advice from the Environmental Defender’s Office (EDO), a community legal centre specialising in environmental law, which the group has engaged since early 2018.

“PEP11 covers 4,500 square kilometres of ocean from Manly to Newcastle designated for fossil fuel exploration and drilling which has been fiercely contested by communities.”

A request by Bounty Oil and Gas to extend the lease and to allow drilling still has not been decided by the Joint Authority, which in this instance consists of Pitt and NSW Minister for Environment and Energy, Matt Kean.

NSW Deputy Premier, John Barilaro, has publicly confirmed his opposition to the permit, along with State and Federal MPs of all political persuasions, including Prime Minister Scott Morrison and Opposition Leader Anthony Albanese.

But the other member of the Joint Authority, Resources Minister Pitt, has thus far refused to rule out extending the permit.

“Massive community opposition has seen tens of thousands of community members express outrage at the project,” Save Our Coast, which collected 87,000 signatures on petitions opposing PEP 11, said Save Our Coast founder, Natasha Deen,

“A continuation of PEP11 risks catastrophic harm to the ecosystem, climate, and coastal way of life and sets a dangerous precedent for oil and gas industrialisation of the east coast of Australia.

“Despite the permit expiring six months ago, Minister Pitt has not yet cancelled PEP11, with apparent disregard to placing communities under continuing stress and uncertainty in what are already extremely stressful and uncertain times,” Dean said.

“Now we are reassured that Parliament can make this decision for him, should he continue to delay.”

“Save Our Coast is … delighted at the EDO’s advice that parliament can indeed cancel the flawed and dangerous plan that is PEP11.

Save Our Coast’s Northern Beaches convenor and environmental lawyer, Kristyn Glanville, said some MPs from the Liberal and Labor parties had indicated concerns that the proposed bill was unconstitutional or would expose the government to litigation.

“This advice confirms there is a sound legal footing for the Bill to be passed,” she said.