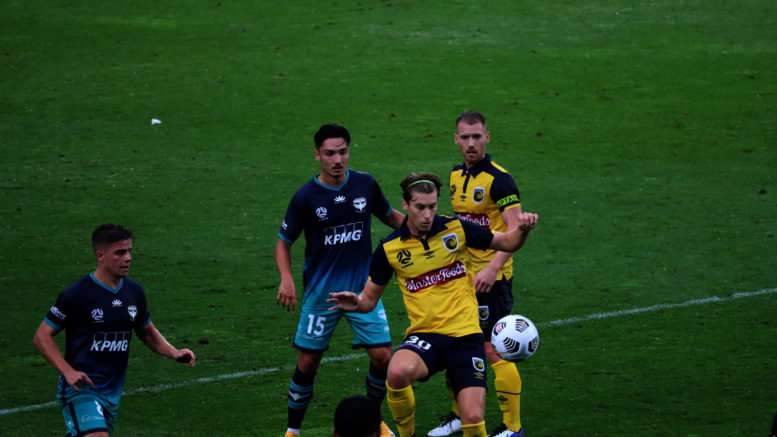 Jordan Smylie from the 2020/21 Mariners campaign

The Central Coast Mariners’ have sold their academy alumnus and first team player Jordan Smylie to Blacktown City FC, where he will play in the NSW National Premier League Men’s Division One (NPL 1).

Smylie will face the Mariners as part of the Blacktown City squad when the two sides meet at Mudgee in the FFA Cup Round of 32 on November 13.

The Mariners suggested it was Smylie’s aim to increase his game time this season and have even suggested their potential willingness to take him back in the future.

Smylie has lost his active affiliation with the Mariners and must go his own way as a professional footballer.

Since debuting in the A-League as a final third substitution in 2018, Smylie was not reselected for the first team until the opening match of the 2020/21 season against the Newcastle Jets.

In the following Round Two home win against Macarthur FC, Smylie scored a late goal – his first and so far only in the A-League – to give the Mariners a final 2-0 lead.

He was since subbed on for a further 10 matches throughout last season, always as an end game surge of energy, last appearing in the Round 23 loss to Newcastle at Central Coast Stadium.

Now Smylie joins the NPL 1 with the team who were leading the competition before it’s recent cancellation due to the current lockdown.

Jordan will have a chance to – as it were – get back at his old club in the upcoming FFA Cup Round of 32 fixture between the Central Coast and Blacktown City.

It will be the first encounter between the two clubs since the similar Round of 32 match of 2017, when Blacktown were victorious at Lilys Football Centre, Seven Hills.