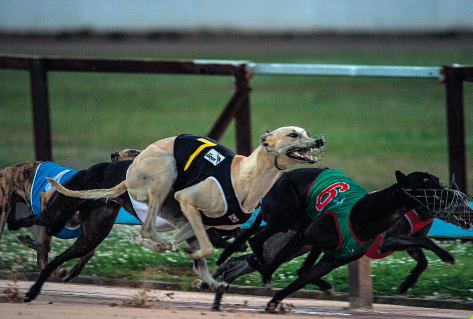 Greyhound racers on the Central Coast will benefit from a 23 per cent increase in prize money and returns for participants in 2021-22, with the new record total of $47M doubling the figure that was paid just six years ago.

Prize money and returns paid to participants will have increased by a collective $55M, or 46 per cent, over the five-year period from 2018-22 compared with the previous five years (2013-17).

“The sustained growth of the overall industry in NSW is being driven by investments in a strong wagering product and the success of GRNSW’s animal welfare initiatives as a part of industry reform, which is creating greater levels of confidence,” Mestrov said.

“Our owners, trainers and breeders are the lifeblood of the industry and have been through an extraordinary period of transformation in recent years.

“GRNSW is delighted to be in the position to significantly increase the income opportunities and offset costs for participants while at the same time managing its whole-of-industry investment in a responsible way.”

From November 1, prize money for provincial maiden events will increase by $440 per race, while there will be an increase of $800 across all grades for provincial events 440m and above from December 1.

GRNSW will also be expanding its successful Middle-Distance Series to the Central West and Northern Rivers regions.

“It’s the prize money that fuels the livelihoods of thousands of participants and many more thousands in the regional and rural local communities where 75 per cent of our participant base resides,” Mestrov said.

“Any increase in prize money has a positive knock-on effect to local communities which share the bulk of more than $500M that the NSW greyhound industry contributes to the State’s economy.

“It is especially pleasing this year to announce such a big boost given the resilience our participants shown yet again over the past 18 months, taking full responsibility and care to co-operate and help navigate our industry through COVID-19 and its restrictions.

“It’s not long ago that the industry had its line-in-the-sand moment, and we are continually reminded of 2016 and the events which led to a non-negotiable requirement for participants to be the forefront of change and reform that has taken place since that point.

“To be able to repay those efforts with a 100 per cent increase in prize money and travel subsidies from $23.5M in 2016 to $47M this year is another validation of the industry’s progress and achievements.”

GRNSW will also provide participants with more than $1.5M in additional support through the Homing Assistance Scheme, the Racing Injury Rebate Scheme, and the Greyhound Care Scheme.