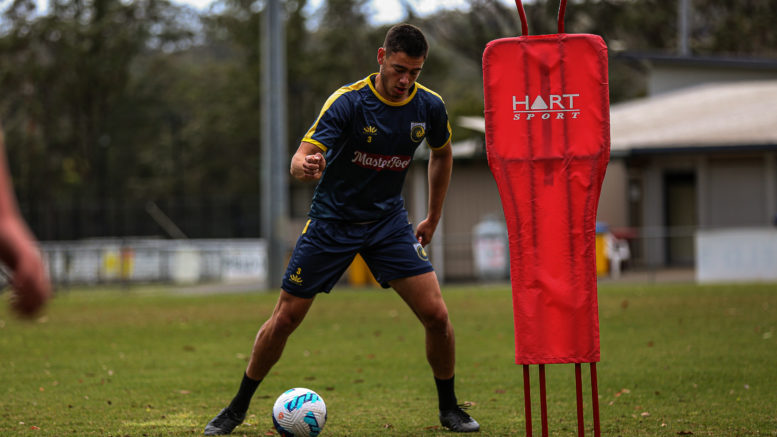 Central Coast Mariner defender, Lewis Miller, has been confirmed within the Australian U23 squad to travel to Tajikistan for the Asian Football Confederation (AFC) Under-23 qualifiers against Indonesia.

Miller has played over 1000 minutes in yellow and blue since being called up from the academy into the Mariners first team under the leadership of Alen Stajcic in 2019.

This includes one FFA cup win in 2019 against Brisbane Roar and, most recently, one A-league finals match against Macarthur FC.

This is Miller’s first call up to represent his nation in the professional grades and the 21-year-old is taking it as an opportunity to develop his game alongside the best young players in the world.

“I am really looking forward to travelling to Tajikistan and I can’t wait to get my first taste of international football and experience the Australian U23 set up,” Miller said.

“Playing for your country is such a great honour and I want to give everything I have during this time.”

The news has also been welcomed by Mariners Head Coach, Nick Montgomery, who wished his squad member the best ahead of this important career milestone.

“Lewis has great potential in his playing style and has been nurturing well through the academy and now first team,” Montgomery said.

“It’s such a positive step for him in his career.

“It speaks volumes for what we are trying to build here, a place where young talent can come, put the hard work in and be rewarded with opportunities like this, as we saw with Ruon (Tongyik) and Kye (Rowles) last season.”

“He has worked hard during this pre-season and his performances over the years have rightly been rewarded,” he said.

“I look forward to watching him on the national stage and we value this experience as adding to the season for us.’