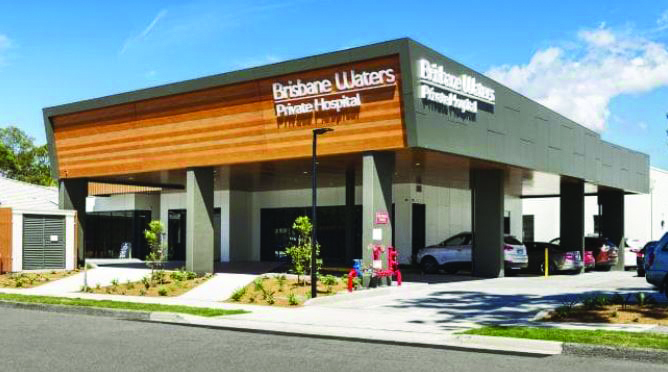 The Brisbane Waters Private Hospital in Vidler St, Woy Woy, has applied to Central Coast Council to add a new storey to its northern ward and expand at ground level at the southern corner of the hospital.

The proposal will result in a 1,731m2 increase in floor area, 15 extra car parking spaces, 35 extra patient beds, and an increase in staff numbers by 12.

The application is to be determined by the Regional Planning Panel due to the value of the development being about $9M.

The work would involve: the demolition of two existing single dwellings located on hospital grounds and replacing them with 23 parking spaces and the removal of five car parks adjoining dwellings proposed to be demolished; partial demolition works of the existing hospital to facilitate alterations and additions; demolition of existing car park area in southern corner of hospital building fronting Vidler Avenue.

It would include the internal reconfiguration resulting in the removal of a kiosk and two rejuvenation rooms and the establishment of five new patient rooms; the construction of new addition at the southern corner of the existing hospital building facilitating two new patient rooms; and a new floor to the northern hospital ward resulting in an additional 28 patient rooms, six group rooms, four consulting rooms, gym, art room, breakout space, and staff rooms.

The height of the proposed new floor is 10.057m which is compliant with the 11.5m height limitation for the site.

The application says the proposed development aims to enhance the existing hospital’s capacity and availability of on-site parking.

“The proposal represents an opportunity to enhance the existing health services on the site utilising space atop the existing hospital building,” the application states.

The proposal is on public exhibition for comment until October 18.