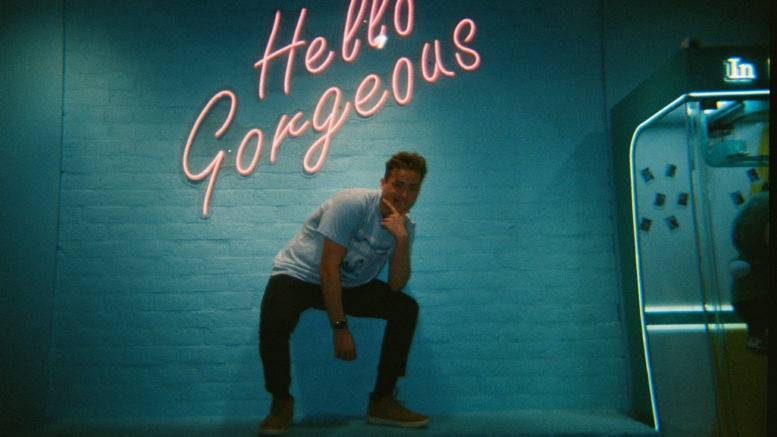 A short film produced by a team of University of Newcastle students has earned international recognition at Hollywood’s IndieX film awards, taking out wins in three categories.

The wins are a dream come true for budding cinematographer Ike Leggett of Forresters Beach.

Leggett joined forces with seven fellow students to produce the film The Rite of Writing which tells the story of a screenwriter who is forced to work with a group of other writers, all specialists in different movie genre, and each with a completely different view of how the film they are working on should play out.

The film took out Best Student Comedy, Best Student Parody and an Outstanding Achievement Award for Student Director at the prestigious awards.

It was created, developed, shot and edited over a six-month period by the eight students in their final year course in Short Film Production.

“It was quite an undertaking for me,” Leggett said.

“All of the others are doing communications degrees, but I am studying for a Bachelor of Information Technology majoring in interactive media.

“One of my course directives is cinematography in short film and I suppose I was in the right place at the right time to be involved in the project.

“I had only ever filmed one music video, so I came to it with not much experience,

“I was working with a super-talented cast and crew and I wanted to learn everything I could.

“I applied myself and picked up a lot as we went – I suppose we all learned from each other.

“It was a wonderful experience – a rare opportunity.”

Leggett said the group was “absolutely stoked” to hear of the awards success.

“This turned out to be so much more than an assignment – everyone put their heart and soul into it and we have been freaking out on group chats,” he said.

“With COVID we can’t get together to celebrate but we’ve been having a great time online.”

Leggett has been concentrating on film and games development and hopes to work in an IT field which requires creativity.

“I’d like to work in anything to do with making web sites, video games or cinematography in TV or film,” he said.

For now, Leggett runs his own YouTube channel at https://www.youtube.com/channel/UCJu2hpU3jpQjdUbnk4vr5uA.

The IndieX Film Festival is an LA-based international film festival which screens films and hosts Q&As with filmmakers in Hollywood, California and is accredited with IMDb – a great bonus for budding filmmakers at the start of their careers.