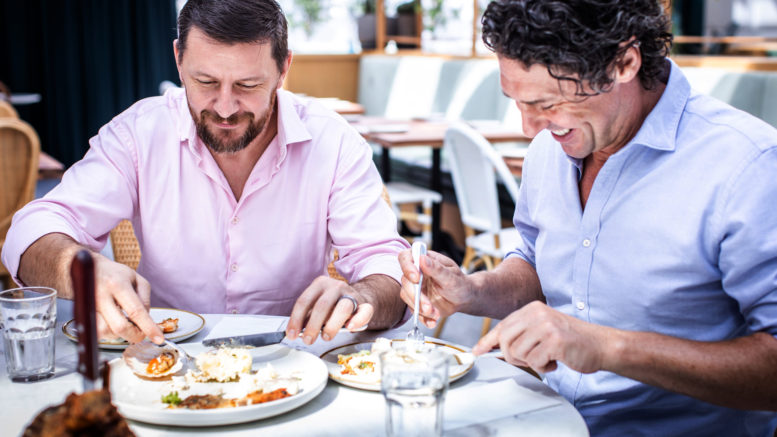 The votes are in and the Central Coast winners of the 2021 Your Local Club Perfect Plate Awards have been announced, with Munmorah Bowling Club and The Ary at Toukley sharing top honours.

Munmorah Bowl’s Guinness Lamb Shank Pie and The Ary’s hearty pressed Lamb Shoulder tied for first place in the awards, with celebrity chef award ambassadors Manu Feildel and Colin Fassnidge blown away by the standard of dishes submitted by clubs from the region.

Clubs from all over the region created a special competition dish for their menu, with members and patrons invited to score the meals and cast their votes between April 29 and June 21.

Feildel was impressed by the standard of the food on offer.

“I’ll admit, before travelling around the state to sample Perfect Plate dishes, I hadn’t spent very much time in clubs, but the calibre of food is incredible,” he said.

“It just goes to show that you don’t need to go to a fine dining restaurant to experience fantastic food — it’s right there at your local club.”

Fassnidge was also surprised at the variety of food on offer at clubs.

“During the competition I tasted everything from seared scallops to crispy pork belly, and the passion that the clubs’ chefs have for their food was great to see,” he said.

While the Perfect Plate winners were originally set to be announced at an awards night in July, COVID-19 restrictions saw the event moved online, with the winners recently revealed Manu via Zoom.

ClubsNSW Central Coast Chair, Phil Walker, said the organisation was proud of the calibre and variety of dishes that continue to be plated at clubs across the Central Coast.

As the region’s clubs edge closer to being able to resume trade, ClubsNSW CEO, Josh Landis, said clubs on the Coast plate up some of the best food in the country.

“I can’t wait for people to be able to get back to their local club and share a meal with their family and friends,” he said.

“Congratulations to all the Coast Regional winners — I look forward to seeing what you have in store for the competition next year!”