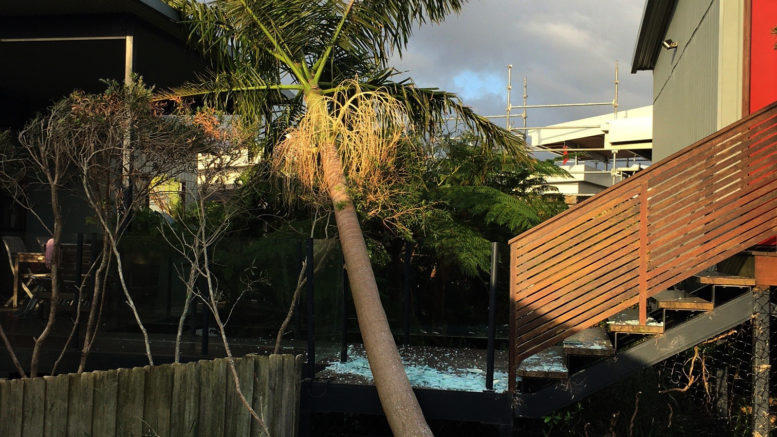 Another tree was vandalised on September 1 in the same pathway, this time smashing through a residence

Central Coast Council has launched an investigation following reports of vandalism on a Council-owned pathway adjacent to McGee Ave, Wamberal.

A resident reported that trees along the pathway had obviously been chopped through as heavy rains and strong winds hit the area overnight on August 24, causing two trees to fall across his driveway.

Council confirmed it had received a report August 25 of some fallen trees on Council land following a storm the previous evening.

“These actions may have contributed to the failure of the tree, and further actions to investigate unlawful activity are now underway.

“This includes contacting adjoining residents to seek further information and to determine whether there were any witnesses to the unlawful tree damage.

“As well as harm to our environment, acts of tree vandalism can present safety risks to our community.”

A third vandalised tree collapsed onto another home adjacent to the pathway on September 1.

Council said residents who have evidence of tree vandalism on Council managed land are encouraged to lodge an official report to Council so safety risks can be assessed and dealt with as required.

Reports of unlawful activity are also progressed in line with Council’s policy for Tree and Vegetation Vandalism Management.

Reports of tree vandalism can be lodged with supporting evidence through Council’s 24/7 customer service centre https://centralcoastcouncil.custhelp.com/app/request.

Residents encouraged to enrol for elections

Be the first to comment on "Council investigates Wamberal tree vandalism"