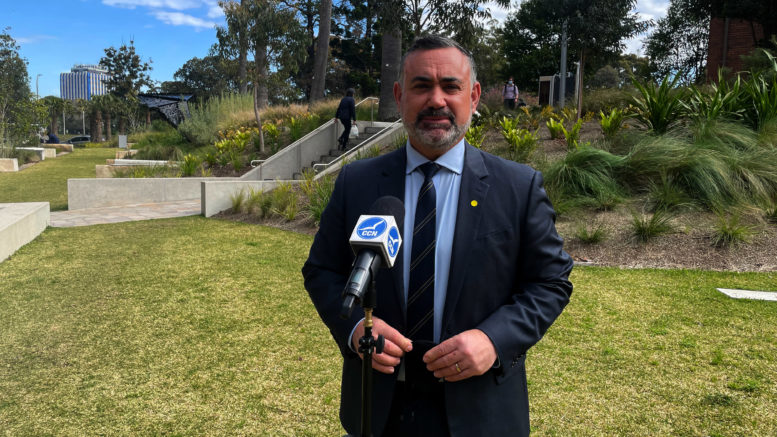 This week the NSW Government revealed the next stage of its roadmap out of lockdown, and whilst the majority of ‘freedoms’ have been welcomed, many on the Central Coast have felt mixed emotions.

The NSW Government said adjustments had been made to the existing 70% roadmap due to ‘updated health advice’.

As part of the new changes, Central Coast and Sydney residents will not be allowed to travel to the regions until the state reaches its 80% fully vaccinated target which is expected to be mid to late October.

The news comes after the Deputy Premier last month confirmed that the Central Coast would be removed from the Greater Sydney classification.

Parliamentary Secretary for the Central Coast, Adam Crouch, said that when the lockdown ends on October 11, local residents will not be able to freely travel to other parts of regional NSW.

“Our region is recording approximately 30 new COVID-19 cases per day.

“This is even higher than most local government areas across Sydney.

“Clearly, we are not out of the woods.

“NSW Health has identified the growing COVID-19 case numbers on the Central Coast and in the Illawarra as two of the most concerning areas in the State.

“If our case numbers decline and if vaccination rates continue to rise between now and 11 October, I will absolutely advocate for this Health decision to be reconsidered.”

The change was announced in a remarkable way with Deputy Premier John Barilaro confirming the move on Triple M radio on Monday afternoon.

Member for Gosford, Liesl Tesch, said she was angered by the decision, noting that fully vaccinated Sydney residents can travel to the Coast from October 11.

“We fought so hard to become a region, yet they’ve pushed us back in with Greater Sydney again,” Tesch said.

“[They’ve] allowed Sydney to come up here which is not really what Coasties want, it’s great for businesses, but as far as people with cases coming to their holiday homes, that’s something that Coasties have stood up against.

“That’s the free for all, without our freedom to travel.

“There’s no health regulations pointing it out, there’s no press releases to the local media to keep Coasties informed, there’s no communication with local members of parliament.

“It’s a really disappointing … slap in the face for people on the Central Coast right now.”

“If Newcastle has those case numbers and is allowed to travel, why are we locked in?

“So, lets open it up to Coasties to have that freedom to travel to the regions and let’s think about that hard Sydney border which is what we’ve been promised.”

Shadow Minister for the Central Coast, David Harris, also said he was furious about the decision.

“This Government is full of empty promises, spin and certainly no substance,” he wrote on a social media post.

“What a con – make us Regional when the regions went into lockdown, and then when it’s time to open up at 70%, they then say we can’t engage in regional travel until 80%?

It’s not just Labor MPs though that have spotted the inconsistency behind the decision, with Federal Liberal Member for Robertson, Lucy Wicks, suggesting the NSW Government should clarify the health advice behind this decision.

“I know this is extremely disappointing news for many across the Central Coast who want to travel in line with the rest of Regional NSW,” Wicks said.

“However, we should not be lumped in with Greater Sydney as a matter of course.

“This is just another example of how our region is inconsistently defined by various government departments and agencies.”

From the Monday after NSW hits the 80 per cent (aged 16 and over) double dose vaccination target, eased restrictions will allow those who are fully vaccinated to have up to 10 people visit their home, participate in community sport, and access hospitality venues (where drinking while standing up will be allowed indoors).

A booking cap has also been introduced for hospitality venues of 20 people per booking.

Premier Gladys Berejiklian said the 80 per cent roadmap will also remove the limit of fully vaccinated guests for weddings and funerals and remove customer caps for personal services such as hairdressers.

“I know people are counting down the minutes until we reach 70 per cent double dose and the freedoms that will provide, and today we are providing further certainty by announcing the 80 per cent roadmap and future settings,” Berejiklian said.

“Vaccination remains our ticket to freedom, so we need to work even harder to get jabs in arms, to help stop the spread, minimise outbreaks and ensure people are protected when we open up.”

From December 1, further changes will be introduced including all venues moving to the 2sqm rule, masks will not be required indoors at offices, indoor pools and nightclubs can reopen, and unvaccinated people will have greater freedoms.

More information about the Reopening NSW Roadmap can be found at: www.nsw.gov.au/COVID-19