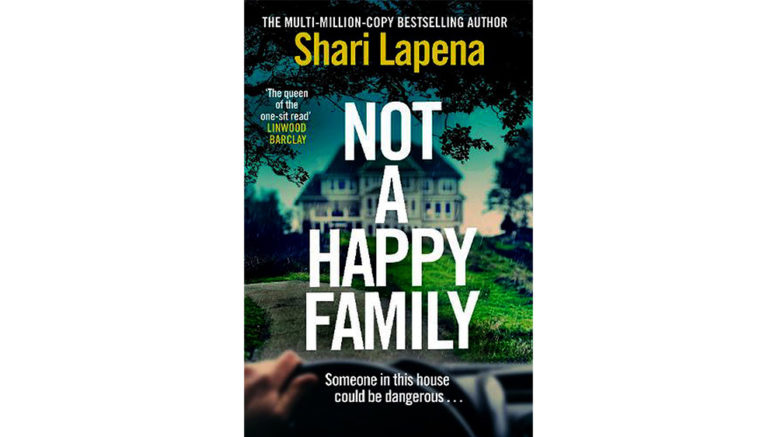 The Merton house is a mansion.

Located in the Hudson Valley of New York, “on its vast expanse of lawn, presented like a cake on a platter.”

In the garage sits a Porsche 911, which Fred drives in the summer, a Lexus for winter and the Mercedes for Sheila.

The children grew up in the house and have moved away.

But not too far.

They will gather together for Easter dinner.

Fred and Sheila have three children.

Their son Dan is married to Lisa.

He has modeled his life to run his father’s company, but that isn’t going to happen now as Fred sold the company because he had no faith in Dan and thought Dan would run it into the ground.

Money is tight since Dan is now unemployed and has locked all his savings into an investment scheme run by his sister’s friend Rose.

And for some archaic reason he won’t let Lisa get a job.

At Easter dinner he asks his father for a loan.

Catherine is a dermatologist, which is a doctor so it is a profession that Fred can get behind.

She is married to Ted, a dentist.

With their double income they can afford their lovely home, but Catherine wants to live in her childhood home, for it is grander than hers.

She has fantasies about hosting parties in that house, “and in her fantasy she’s never very old.

Not much older than she is now.

Certainly not as old as she would be if her parents lived a long life and died of natural causes.”

Jenna is an artist, a sculptor.

Not a profession Fred can get behind – and her work is too obscene to display in the house.

She is the odd one out with her black leather biker jacket, heavy black eyeliner and a purple streak in her hair.

As the family gather around the table for Easter dinner Fred announces that he has decided to sell the house.

The very house that Catherine has dreams of owning one day.

Catherine tries to talk him out of it.

Did Catherine have expectations that the house would be hers?

Fred is not sorry as the decision has been made.

Fred then tops off the night with a speech about how much Dan and Jenna have been a disappointment for him.

He is proud of Catherine as she is a doctor, but she hasn’t been able to produce any grandchildren.

At least he picks on them all equally.

No one hangs around for dessert.

When Irena, the long-time cleaning lady, arrives the next day for work, she discovers an awful scene.

But did she tamper with evidence?

Police will investigate but it seems the children are more concerned about the will then who killed their parents.

There was not one character that was likeable

Maybe Irena… yeah, she was ok.

But the others … just awful.

Are there really people like that out there? I hope not – but I fear so.

Shari Lapena is well-known as the author of best-selling novel The Couple Next Door, and pushes deeper into the psychological murder-mystery thriller with Not a Happy Family.

I have mixed feelings about her latest offering.

As you know, its hard for me to get behind a story when the characters are so grotesque.

But, while it has some complexities, it is an easy and engrossing read that centres in on twisted family relationships and the perils of secrets and Lapena cleverly creates a sense of tension and suspicion.

Oh, and the ending really got me.