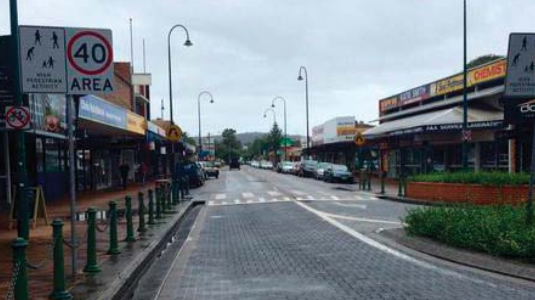 One wonders what the Council can think up next to fill in those idle hours in the office when time hangs heavy on the hands.

The latest is that the Council is going to prepare a Street Design Manual and Landscape Works Construction Specification, to teach itself how to build roads (“How to design a street”, CCN 307).

This manual will “provide a set of design principles … that will guide the development of inviting streets”, but who is to be guided in developing these inviting streets is not clear.

Heaven knows, we could do with some improvement of the present uglified landscape that characterises our streets, but the Council has had plenty of opportunities to move on this in the past, with negligible effect, so it would be hard to feel much optimism about this latest effort.

The illustration that accompanies the announcement shows a notional street cross-section for a 19.6-metre wide road (64 feet for the benefit of old-timers, such as myself – 90 years old this week), and it is a bit of a puzzle to imagine who lays down roads of this width today.

Most new residential streets are narrower than this, and it doesn’t even represent one of the old one-chain roads that used to be the standard.

Tellingly, this illustration shows footpaths and bicycle paths on both verges, kerbing and guttering, underground electric wiring and spreading street trees, all of which are in notable absence on most of our streets.

Cunningly, all of the (notional) houses are also shown without front fences, whereas you would be hard pressed to find such a street anywhere in Central Coast, and there isn’t a pothole or a drainage sump in sight.

It is hard not to suspect that this new manual, when completed, will have about as much effect as the old Medium Density Residential Control Plan, i.e., none at all.

Of course, I have previously pointed out that roads and verges are the dominant part of our urbanscape and that any worthwhile effort to improve our visual space needs to emphasise them, but pie-in-the-sky renderings of idealised streets are not going to get us anywhere.

When we can’t even design and place street signs so that they’re not an eyesore, the goal of building inviting streets seems like an example of optimism outstripping reality.

Council fees and charges to rise