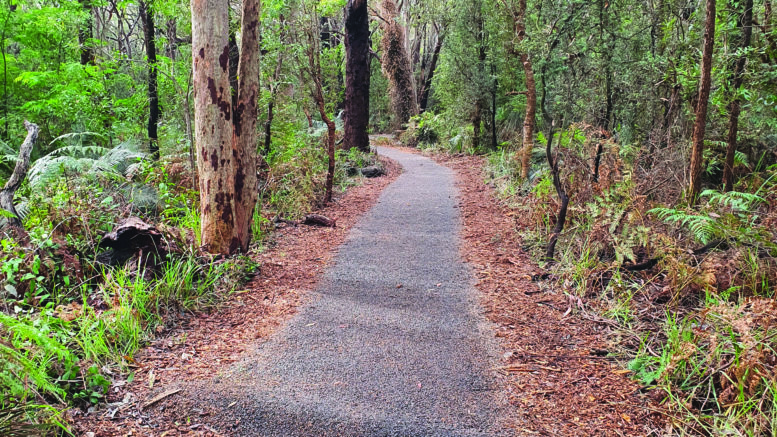 The Coast walking track in Wyrrabalong National Park at Bateau Bay has re-opened to visitors following a 12-week $200,000 upgrade.

The surface of the 1.2km track between Bateau Bay Beach carpark and Crackneck Lookout was improved, including stairs and boardwalks.

Local residents and The Entrance MP, David Mehan, called for the track to be upgraded last year as an alternative to a plan by the National Parks and Wildlife Service (NPWS) to erect a boundary fence along the Reserve Dr side of the park.

The fencing proposal had been made by NPWS to address concerns about informal tracks and vegetation damage but it was overturned after community protest.

The new work helps to reduce the environmental impact of the trail and better protect the threatened species that call Wyrrabalong National Park home, including the Swift Parrot, White-bellied Sea Eagle and Powerful Owl.

The Coast Track is a 6km round trip between Bateau Bay and Forresters beaches with Crackneck Lookout at the summit which is one of the most popular spots for whale watching during their migration between May and August.