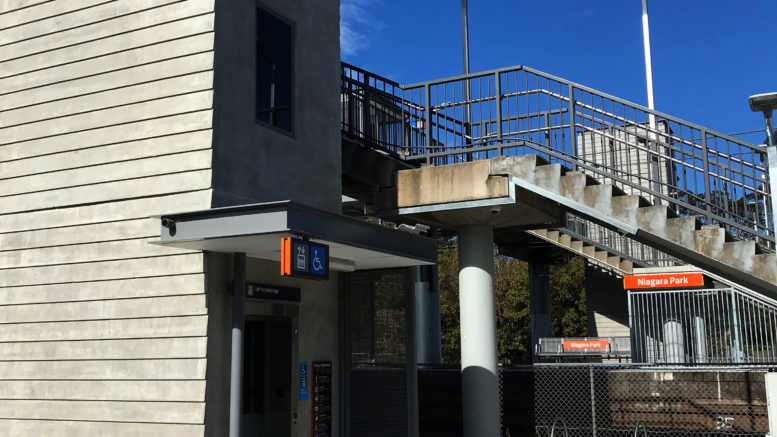 The installation of lifts and major accessibility upgrades at Niagara Park and Ourimbah railway stations has been completed at a cost of $23M.

Parliamentary Secretary for the Central Coast and Member for Terrigal, Adam Crouch, said the work honoured a commitment made at the 2019 NSW Election.

“Ourimbah Station dates back to 1887 and is heritage-listed as one of the oldest commuter hubs in NSW, but thanks to this upgrade it now boasts the newest lifts of any train station in the state,” Crouch said.

“Niagara Park Station has also undergone one of its most significant transformations since it first opened more than a century ago in 1902.

“I know what a difference these upgrades will make to regular commuters who will get to benefit from improved safety and better connectivity from the car park right through to the platform.

“These two stations are now compliant with disability access standards and more accessible to all train users, no matter their age or ability.”

Crouch said the upgrades were delivered under the NSW Government’s Transport Access Program and include new lifts, upgraded accessible paths in and around the stations, new ambulant toilets, improved lighting and enhanced wayfinding.

Improvements have also been made to parking access, kiss and ride bays and landscaping.

“During the planning and construction phases these two upgrades created approximately 100 jobs, which is especially important in light of the COVID-19 pandemic,” Crouch said.

He said promised upgrades at Lisarow, Narara and Tuggerah stations were funded in the 2021-22 NSW Budget and are continuing to progress.

Member for The Entrance, David Mehan, has welcomed the completion of the access upgrades, including lifts, at Ourimbah and Niagara Park Railway Stations today.

“This is a major win for the local community who have campaigned for better access to railway stations over several years,” he said.

“The upgrade at Ourimbah was subject of a successful community campaign to protect the local war memorial which was to be partly demolished under initial plans for the station upgrade.

“These improvements couldn’t have been achieved without the community, signing petitions and writing letters.”

Mehan said he would continue to press for work to start on lifts at Tuggerah station.