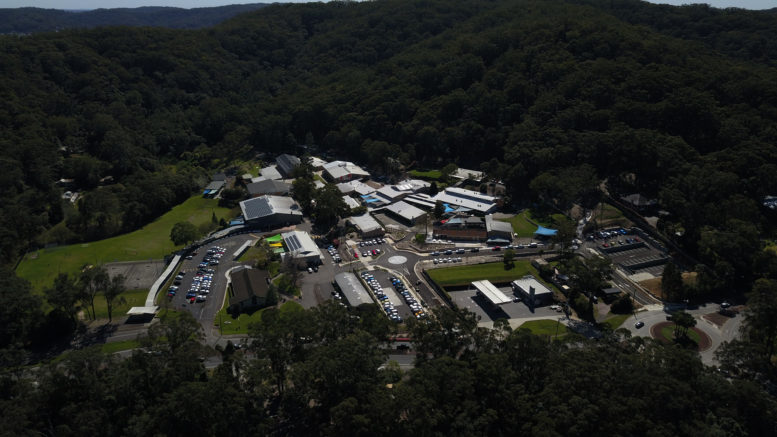 Green Point Christian College is developing an exciting new initiative, kick started with a $500 donation from the Rotary Club of Kincumber.

The school is developing plans for a multi-disciplinary trail which will incorporate a range of features including a bush tucker track, an Aboriginal learning site, a yarning circle, a running/walking track, fitness stations and observation sites.

Principal Phillip Nash said the trail had been in the pipeline for some time.

“We had this project in mind and when the Rotary club kindly gave us a donation after we allowed it to use our bus bay during its Christmas tree sale, I thought it would be good to use that money to kick start planning,” Nash said.

“One of our food technicians said she’d like to see a bush tucker trail at the school and has already started to research appropriate things to plant.

“Someone else came up with the idea of a yarning circle where we could chat about life with the kids and someone else thought of a mountain bike and running trail to connect with the Kincumber mountain trails.

“The PE department has been talking about some outdoor fitness stations and the primary school was wanting to put in a sensory garden.

“Then various subject such as geography and science said there were things around the site which could contribute to those subjects.

“It seemed to me we could combine them all into one project and now we are in the early stages of looking for people who can help us develop the trail.”

“We have been a bit stymied by lockdown and there’s a lot we can’t do in the current situation.

“But I’d like to think we will have most of it up and running by the end of next year.”

Performers Without Borders are special guests

An afternoon of Majestic Elegance

Raffle held in lieu of Opera in the Arboretum