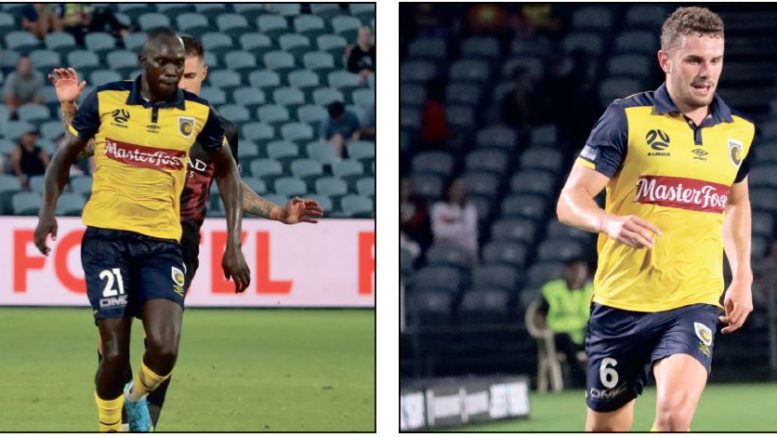 At the close of week two in the Central Coast Mariners’ pre-season journey, two new developments have occurred under Head Coach, Nick Montgomery, since his signings of Nicolai Müller and Noah Smith in July.

The first announcement was the transfer of first team midfielder, Gianni Stensness, from the Mariners to Norwegian club, Viking Stavanger.

This was followed up shortly by news that first team centre back, Ruon Tongyik, has been retained with a one year contract extension.

Stensness is the fifth player to leave the Mariners since the conclusion of the 2020/21 season and the second to transfer into an European team – after Alou Kuol’s singing with VfB Stuttgart II.

Currently sitting in sixth place in Norway’s leading football league – the Eliteserien, Gianni will be seeking to help his team move up into third or second for a Europa Conference League qualification, or first for a spot in the Champions League.

However, the recent New Zealand Olympian is still waiting for his chance to take his boots onto the first team pitch.

Montgomery expressed his good will toward Gianni on his departure, noting his good performances over the past year, yet identifying the challenge filling his spot in the first team will pose.

“Gianni had a fantastic season last year,” he said.

“He played really well in the Olympics, so there was always a chance that he was going to be transferred.

“We want to be a club that develops players and gives them a pathway to Europe and the rest of the world, but that was yesterday, today is today.

“We’re still looking for players to bring in – a little bit of a challenge at the minute (due to the Coronavirus related restrictions) but every A-League club is going through the challenges.

“We’ve got 11 weeks to navigate through this so I’m not worried at all.”

A couple of days after this announcement, further news broke that Tongyik was set to remain with the Mariners for at least one more year.

This breakthrough has fulfilled the club’s intention at securing the spots of their two primary centre backs from last season: the other being Kye Rowles, along with goalkeeper, Mark Birghitti.

Now, all three players in this defensive triangle have been signed for the upcoming season.

“I am very happy to be back at the Mariners for another year,” Tongyik said.

“This is such a great community club and I love being a part of that community and playing my football here.

“I am looking forward to building on what we had last season and I am even more excited to work under Nick after seeing what he did at NPL level.”

This development will help ensure the ongoing stability of the team’s central defence, yet with only two new player signings against five lost starting players, Montgomery and the Mariners still have a way to go before being ready for A-League 2021/22 Round One.