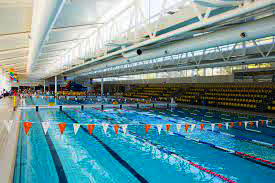 Over $4 million has been earmarked by Central Coast Council to be spent on improvements to the Peninsula Leisure Centre this year but the Peninsula Business Chamber has questioned whether the facility should remain in council hands.

According to Council’s 2021-22 operational plan, $3.85 million needs to be spent on replacing the Peninsula Leisure Centre’s Heating, Ventilation and Air Conditioning (HVAC) system this financial year.

Gym equipment upgrades at the PLC will cost another $300,000.

Heating, ventilation and air conditioning in an indoor swimming complex can be complicated and expensive to get right because of the use of chemicals and the need to maintain comfortable air and water temperatures.

The $24 million centre opened in October 2005 after significant delays and, considering its ongoing cost to Central Coast Council, the Peninsula Business Chamber has questioned whether it should remain a council asset.

“The chamber has held concerns for many years over the cost for Council to run and maintain facilities including the PLC,” Chamber president Matthew Wales said.

“From the day it was built it has cost the Council millions every year just to maintain and run,” Wales said.
“It is one of those assets that the Council should seriously think about selling and privatising so as to reduce its operating losses,” he said.

“This is not out of line with Council’s recent arguments about not taking on new assets.

“If you don’t want to take on new assets maybe you should look at what other assets you need to dispose of and let private enterprise run it more efficiently and more cost-effectively.

“If the council now wants to make the rate rise permanent to cut costs, instead it should be looking at ways of reducing costs on maintaining assets so we don’t need a rate rise at all.

“Meanwhile our roads are falling apart, we are still without footpaths, we have streets that flood and town centre strategic reviews that are no closer to getting completed so the very things that drive investment and create jobs are being overlooked whilst we put $3.8 million into the PLC.

“Imagine what that amount of money would do if you put it into job-stimulation projects,” Wales said.

Central Coast Council has ruled out any prospect of the Peninsula Leisure Centre being sold.

“Council has no plans that it will be sold or leased to a commercial operator.

“Any speculation is completely untrue.”

1 Comment on "Leisure Centre costing Council too much says Chamber"