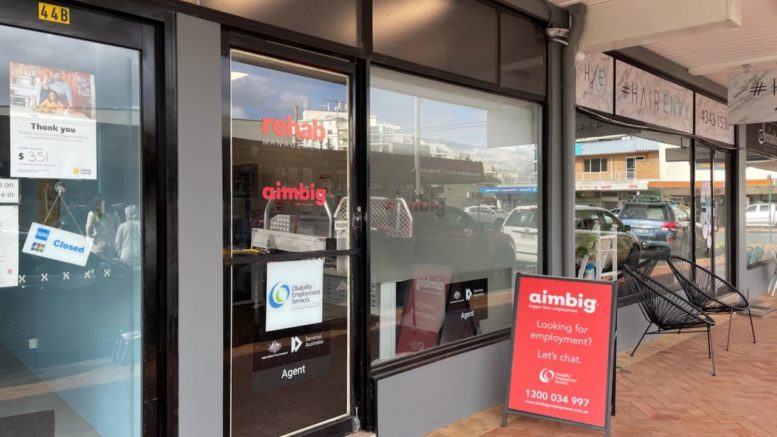 The opening of a Services Australia Agent in Ettalong on June 22 is said to have given locals easier access to Centrelink and Medicare services on the Peninsula.

The announcement comes over four months after the Ettalong Service Centre on Ocean View Rd closed its doors for the final time.

It was reported the landholder had received approval to redevelop the current site for an apartment block, leaving locals blindsided by its sudden closure.

At the time, the former Minister for Government Services, Stuart Robert, said the department had been searching for a suitable alternate property in Ettalong and surrounding suburbs for approximately two years, but that no alternative sites were identified.

But It appears things have now changed, with an Expression of Interest to local disability employment provider, AimBig, who confirmed the submission.

Member for Robertson, Lucy Wicks, said she couldn’t be happier to report a ‘breakthrough for our must vulnerable locals’.

“The AimBig office at 44A Pacific Avenue, Ettalong Beach will provide customers with access to government services including Centrelink, Medicare and Child Support,” Wicks said.

“We have also redeveloped and expanded available services at the nearby Woy Woy Service Centre which has been transformed to become the first modernised location on the Australian east coast.

“Now, with the opening of the Agent service it means the Ettalong community has the choice to access even more services locally.”

Locals will now be able to visit the Agent and use self-service equipment to scan, print and upload documents for digital services.

“AimBig will also be providing advice and assistance for residents to engage with Services Australia via their digital platforms.

“Services will be available from 9am to 11am, five days a week.”

But the Member for Gosford, Liesl Tesch, said it’s too little, too late for the people of Ettalong.

“I’ve spoken to a number of property owners and real estate agents in Ettalong – there was clearly real estate available, but the Federal Government did not have the will to find a solution at the time.

“And now, four months later, they’ve managed to get a pop-up location.

“Now we have got an Agent where seniors will have to do all the downloading and support themselves, so we will see how that pans out.

“Hasn’t this Liberal Government learned that people on the Peninsula don’t want their services to be closed down, only to be replaced by a temporary pop-up?”

Tesch said the decision also prejudices other disability employment providers in the area.

The AimBig office can be found at 44A Pacific Ave, Ettalong Beach.

Liberal and Labor lobby for position on dredge purchase

Dredging is ‘years away’ at best, says consultant