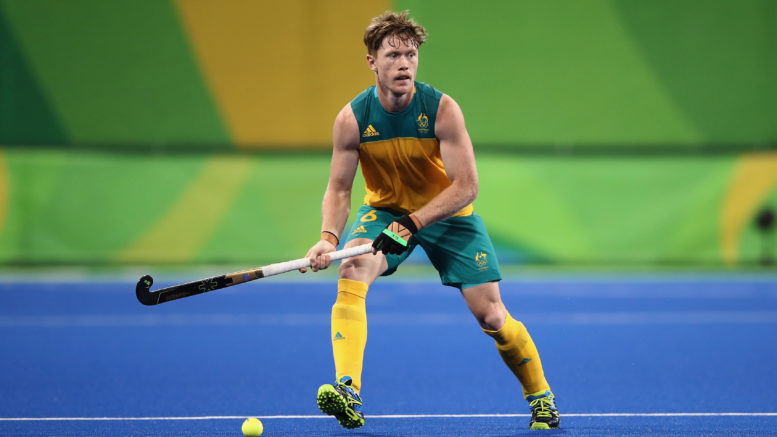 From the Australian Olympic camp, the Kookaburra’s continue to lead the way after three group stage wins, all featuring Berkeley Vale’s Matt Dawson in defence.

With the opening hockey match of the Games on Saturday July 24, the world leading team showed their strength with a 3 – 5 win over hosts, Japan, before rounding this off with two further wins against India on Sunday and Argentina on Tuesday.

Japan proved to be a very strong opposition with dynamic forward runners whom Dawson found difficult to shut down in the striking circle.

A two goal lead for the Aussies in the first quarter was evened and then overcome by Japan, 3 – 2, before half time.

In the second half, the visitors from down under came out with fresh energy and took away the win after two third-quarter goals and a final one in the fourth.

The very next day, a 1 – 7 win over India pushed the Kookaburra’s ahead in the Pool A standings on six points with Argentina in second place on four.

The South American defending champions had the chance to take out the top spot in their Tuesday morning match against Australia but were ultimately put away by a more experienced side.

The early pressure and possession came from the Argentinians, culminating in the opening goal from a penalty corner in the fourth minute for Jose Tolini.

The Kookaburra’s responded in kind, with Blake Govers scoring an equaliser late in the first quarter from another penalty corner.

Throughout the second quarter, the Aussies were able to take the lead and extend it by two, with goals coming for Tom Wickam, Lachlan Sharpe and a second for Govers.

A fifth came for Jeremy Hayward in the 39th minute, pushing the hopeful Tina’s out of reach of a positive result.

Despite the early slip, the Kookaburra line adjusted well to their opposition to cut off attacking circle penetrations and respond with incisive movements forward.

Dawson was solid in his centre back defensive role, acting as the tailbone from which the tournament favourites advanced.

Now they look ahead to a Wednesday evening match against New Zealand, who have also had a strong start in Pool A, and then onto Spain on Friday.

After Friday, the pool stage of the Men’s Hockey will be completed, with the top four teams from each pool to play in quarter finals on Sunday, August 1, Semi’s on the following Tuesday and the Grand Final and Bronze medal match on Thursday, August 5.