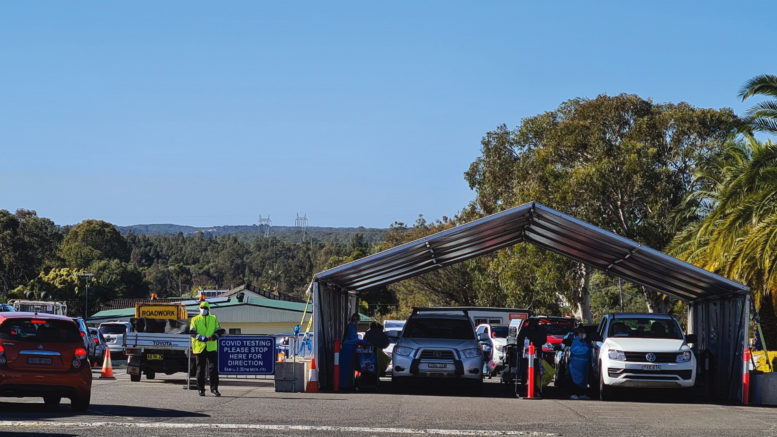 About 150 Central Coast people, some from Long Jetty, joined thousands of others in Sydney for a “freedom” rally protesting Covid restrictions – but it has had exactly the opposite effect – the lockdown stays and there’s no end in sight.

Parliamentary Secretary for Central Coast, Adam Crouch, announced on Tuesday, July 27 that the Central Coast lockdown could not be ended.

“This is due to the unbelievable selfishness of about 150 local residents that attended the ‘anti-lockdown’ protest in Sydney on Saturday (July 24),” he said.

“This is also due to the five new local cases announced last weekend.

“Unfortunately, the health risk is just too high.

“To end the lockdown now would only speed up transmission of the Delta strain.”

Crouch said it would take a few days to see if any community transmission occurred at one of the 18 exposure sites on the Central Coast.

“Hundreds of people were unknowingly exposed to COVID-19 and are now being tested,” he said.

NSW Premier, Gladys Berejiklian, said she was utterly disgusted by the illegal protestors whose selfish actions had compromised the safety of everyone.

It will take about 14 days to see what impact the ‘anti-lockdown’ protest has on local case numbers.

“I spoke to the Premier yesterday (Monday) and she will end the Central Coast’s lockdown as soon as it is safe to do so,” Crouch said.

“In the next day or two the Premier will release a ‘road map’ which shows what restrictions can be eased once the health risk subsides.

“Thank you to everyone that has been following the stay-at-home rules so well.

“It is regrettable that a minority of people have wrecked our chances of ending the lockdown.

“If you have any information about Saturday’s protest, please anonymously provide it to CrimeStoppers, even a photo or screenshot will help our Police detectives track down the protestors,” Crouch said.

Thousands of unmasked people took to the streets on Saturday, July 24, with no social distancing, shouting and carrying signs calling for “freedom” and “truth” – described by health authorities as a potential super-spreader event.

Among them was Kiran and Kirt Mallie, the owners of a café, Modern Organic, at Long Jetty.

Community condemnation and backlash to boycott their café business was swift, after a video of them at the rally was posted by Kiran on her Facebook page, and widely circulated.

“Now we know who to blame if it (Covid) comes to the Coast, you should be ashamed of yourselves” said one message in response to the video, and another,“ So many of us disagree with the lockdown but we all follow the rules because we want our freedom back.

(Saturday) in Sydney has cost us exactly that. Ironic.”

There was no response from various attempts by The Chronicle to contact Modern Organic, but the Mallies have since issued a public apology online for taking part in the anti-lockdown protest in Sydney and say they will be tested and self-isolate for 14 days.

“We are acting responsibly and making sure our choices don’t impact anyone else,” they said.

“Small business is being squashed by lockdowns and we felt it was necessary to play our part responsibly.

“We are so very sorry if our personal actions yesterday (Saturday) are having an impact on our community now.

“We are devastated that our business has been dragged into it and completely destroyed.”

They said they valued the community and its safety and asked for forgiveness.

The naming and shaming on social media drew other local businesses into the uproar including neighbouring café business, The Glass Onion Society at Long Jetty.

Owners Adrian Reynolds and Kelly McDougall deny being at the Sydney rally and said in a radio interview that it was a case of mistaken identity as one of the people in the Mallie video resembled one of their workers.

They said they were forced to close their shop until Wednesday because of the abuse from people directed at their staff and despite putting a notice on their Facebook page saying they did not attend the rally, the “disgraceful trolling” continued.

Angela Baldovin, the owner of Pure Botanical Health at Bateau Bay, also wants to set the record straight that she definitely was not at the Sydney rally, and is upset at being wrongly named and shamed on social media.

Central Coast residents were also involved in a local anti-lockdown protest on Saturday when a convoy of cars left Long Jetty making their way along Central Coast Highway but it fizzled out in Gosford where they were quickly dispersed by Police.