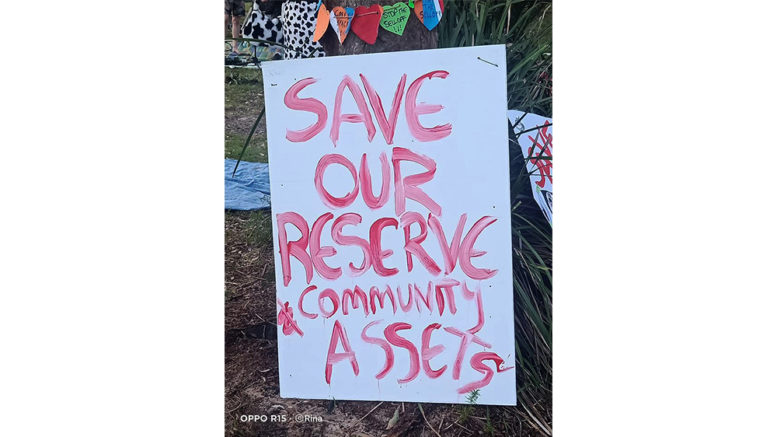 A recommendation to reclassify Lot 1, 9 Austin Butler Acc, Woy Woy, as a precursor to its sale, was adopted by Administrator Rik Hart on July 27 even though he said he sympathised with the community’s desire to save its trees.

Jennifer Wilder, Peninsula resident and teacher of 10 years, gave a compelling address to Central Coast Council on July 27 in an effort to save the land from being reclassified from Community to Operation land so it could be sold to the adjoining Peninsula Plaza shopping centre.

Wilder said she had grown increasingly concerned about Woy Woy becoming an urban heat island and that there had been a “frightening and negligent” lack of replacement planting as the area’s tree canopy was lost.

She recommended that Administrator Rik Hart “treat yourself to a glimpse of the google satellite image in order to understand the extent of the treelessness” and entreated him to stop the providence trees on the “rare pocket” of green space at Austin Butler from being removed as a result of the proposed reclassification and sale.

“There is an opportunity here and frankly a responsibility to retain pocket parks and wildlife corridors especially when they are non-existent in that part of Woy Woy,” she said.

“The community is seeking a greener and more liveable suburb.”

She said there was a worrying lack of a realistic masterplan for Woy Woy and that a strategy for more trees needs to be part of a masterplan “that benefits not just developers but the community”.

She described the Peninsula’s old trees as a “high-performing asset”.

Hart said he shared many of Wilder’s concerns.

He then proceeded to go through each of the land holdings on the list for sale and resolved to move ahead with each.

The Administrator reiterated “why we were in this position” as has become his custom when discussing the Council’s asset sales program.

“Council had by all definitions gone broke,” he said.

“That is what it is all about tonight, doing something about our agreement or business plan that we put to the bank,” he said in relation to the conditions applied to a $100 million commercial loan he secured late in 2020.

“It is against that background that we had to embark upon a sales program.

Following the release of the July 27 Business Paper Council had continued to receive emails particularly against the Austin Butler site, Hart said.

He said the asset sale was “the most difficult task that I have had and we have had inside the organisation because nobody wants to be selling green spaces.

“These are the sort of things that we clearly don’t want to be going against but we clearly have to sell some of these properties.”

The reclassification of 1 Austin Butler Acc was Recommendation eight.

“I have spent quite a bit of time in the wet and rain walking over the site and having a look at it…trying to understand its relationship with the plaza and the other shopping centres and so on,” Hart said.

“I took one look and I shared with one of the speakers a lot of the sentiments that were raised.”

He described the patch of endangered Melaluca Biconvexa as “a lovely stand of trees”.

Hart revealed that he had been approached by the adjoining Peninsula Plaza and the Peninsula Business Chamber with concerns about the long term future of Woolworths.

“I can’t comment on what the plans of Woolworths are other than it is a poor performance store in the scheme of things.”

He explained the restricted loading dock area and said it needed to change.

“Clearly that might come at the expense of some of those trees there,” he said.

“If we put it up as a reclassification it gives the community the opportunity to have a full and frank discussion with the Chamber about the viability of the retail at that end of the shopping strip,” he said.

“The condition of any sale there is that there could be no reduction in the number of car parks and access ways to the oval and back would need to be retained.

“As far as I am concerned this is a community based decision.”

Mr Hart then resolved to push on with the reclassification of Austin Butler Acc from Community to Operational land with the intention to sell it to Peninsula Plaza.

He said the reclassification process was laid out in legislation and can take up to 18 months and enables the community to have a say.