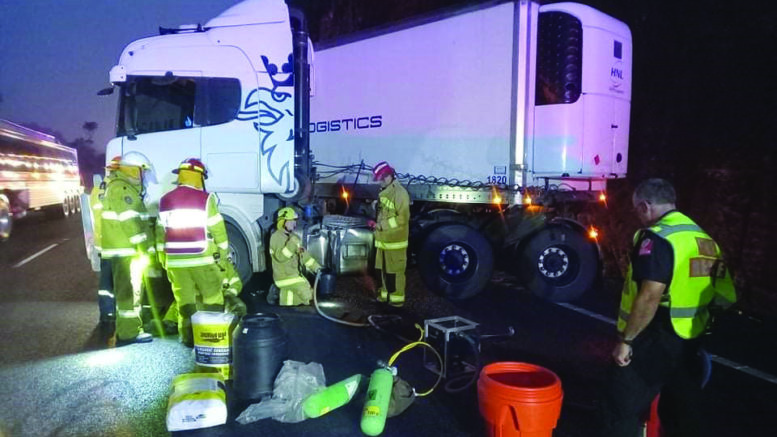 Two lanes of the M1 were closed for a short time in the early hours of July 1 following a fuel spill at Cowan.

At around 5am, Fire and Rescue NSW (FRNSW) Hazmat crews removed more than 200 litres of spilled diesel following a truck crash at the site.

FRNSW arrived on scene to find a semi-trailer transporting frozen goods northbound had crashed into a sandstone wall.

The truck’s fuel tank had ruptured, spilling the diesel onto the roadway.

The Environment Protection Agency was also notified to monitor nearby waterways.