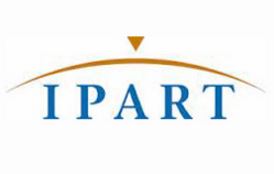 I refer to the story Jump in rates for Gosford area (CCN, July 2); it didn’t take long for the lies to become apparent!

What a waste of ratepayers’ time and, more importantly, money!

The deceit on the part of the Administrator in not disclosing the full plan is appalling.

We were asked for our opinion on a ‘temporary’ rate increase to attempt to pay off Council’s debt which we, the ratepayers, did not cause.

Our voice meant nothing because the Administrator went ahead and applied for the 15 per cent ‘temporary’ increase regardless of our opinion.

We were told it was only temporary – for three years – and this is what IPART approved.

Yet all along the Administrator intended to go back to IPART to make it permanent.

In the (referenced) article it states that Council adopted its operational plan and budget at its Council meeting on June 29.

It also went on to state that the operational plan is dependent on IPART approving further rate increases and that Council has flagged plans to try to make the rate increase permanent.

This is confirmed in a subsequent article on page 5 where (Administrator) Hart states “The Council’s long term financial plan presumes the rate increase will become permanent”.

So not only can Gosford area residents expect an increase this year of up to 40 per cent, we can now expect that this increase will become permanent –contrary to what we were assured would happen.

Why are we, the innocent ratepayers, expected to continue to pay for Council’s gross mismanagement of our funds?

Where will it end?