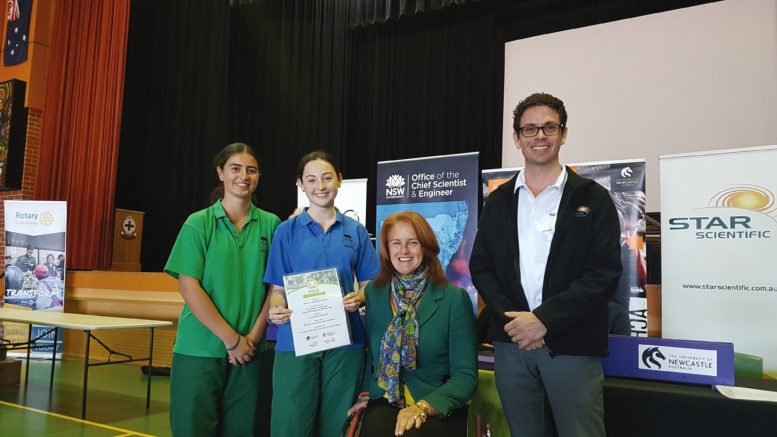 Member for Gosford, Liesl Tesch, and Matthew Dore from Star Scientific with two of the participants

The students competed in eight different challenges, constructing and operating everything from bionic hands to turbines and bridges.

Sponsored by Star Scientific and Rotary International and developed by the University of Newcastle, the challenge began in Gosford in 2000 and is now held Australia-wide.

The object is to stimulate students’ interest in STEM (Science, Technology, Engineering and Mathematics) as a future career and the challenge is held before students select subjects for Years 11 and 12.

“Challenges confronting students included constructing a turbine to convert hydro energy into electricity; Future Power to distribute power from a variety of sources to energy users in the most efficient manner; constructing a bionic hand; and building a bridge from balsa wood and masking tape.

“There were 32 volunteers from seven different Rotary clubs across the Coast in an unprecedented joint venture.

The winner on the day was Gosford High School, which now goes on to the state final.