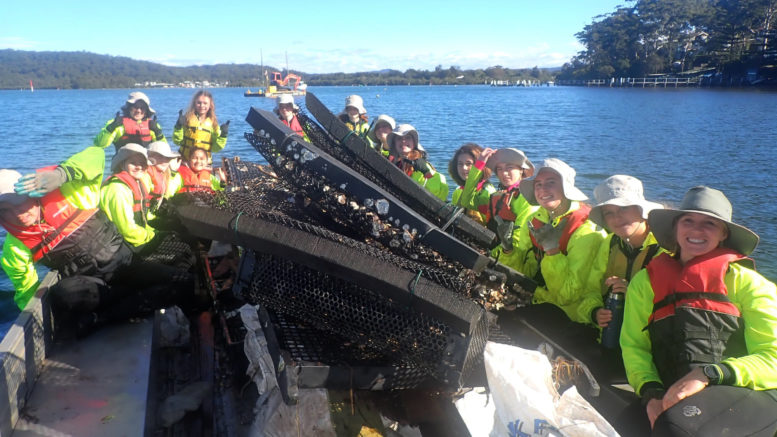 A group of students from Kincumber High school joined Clean4Shore in a massive cleanup on June 18, with 480kg of rubbish collected for disposal at the tip.

The student group dragged 12 old oyster trays and 11 baskets from the mangroves at Kincumber Broadwater.

The mangroves at Davistown adjacent to the club also had issues with 130 beer bottles removed from near the rowing club storage area.

Club officials were advised of the find.

The next site required a trudge through the shallow tidal water behind South Kincumber channel.

More oyster trays and baskets were removed, plus five bags of small litter and marine ply.

The huge load was stacked on the small Clean4shore trailer by the team, well secured for the trip to the tip.

Lunch was supplied by Clean4shore to complete a productive morning on the water.

On the bright side, the mangroves adjacent to the grassed area of the club yielded dozens of football, soccer, netball and tennis balls.

Those in good condition were recycled back to the High School.

116.5kgs of litter removed from waterways at The Entrance North