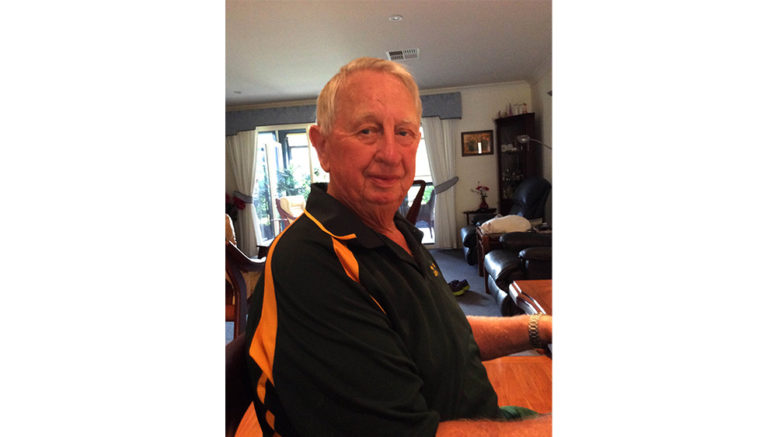 A problem with alcohol in the 1960s and a subsequent 50+ years of involvement with self-help groups dealing with addiction has given Richard Love of Davistown an “immense spiritual gift”, which has prompted him to give back to the community in a range of roles for decades.

Love received an OAM in this year’s Queen’s Birthday Honours List for services to the community.

“I was absolutely amazed to find five people had written references for me from various aspects of my background,” he said.

Originally from Ireland, Love moved to Australia when he was in his twenties.

“I became a special ed teacher but struggled with my problems until 1968 when I became involved in self-help groups,” he said.

“I had reached a point of great demoralisation and about three years after (becoming involved in self-help) I realised I had been given an immense spiritual gift.”

In the succeeding decades, Love has undertaken a huge amount of community work.

He has been a volunteer singer with HammondCare since 2016, was a Board Member of Green Point Christian College from 2015-2017, was Chairman of Avoca Beach Bowling and Recreation Club from 2010-2011, acted as a financial counsellor with the Samaritans Emergency Relief Centre at Wyoming from 2008-2017, and was on the Ministry Executive for the Anglican Diocese of Canberra and Goulburn from 2002-2004.

With an HR background, Love said that was his specialty in many of his roles.

“Being Irish I had been involved with Irish pub music for many years and was approached to sing at HammondCare Woy Woy’s seven cottages, which I did for four years before COVID,” he said.

“I hope to go back there when things ease up a little.

“I sing, tell Irish myths and legends and play the whistle; many of these people don’t respond to conversation but they do to music and that is very satisfying for them and me.

“I was a member of the Sydney Male Choir for 15 years and we sang at some wonderful venues, from the Sydney Opera House to Royal Albert Hall.”

Love was also a leading bowler on the Coast and throughout the state for many years and was Chairman of Selectors for Bowls Central Coast for seven years.

Having been Chairman of Avoca Bowling Club during its period of amalgamation with Wyong, he joined Davistown Bowling Club, where he has been playing and coaching since 2014.

While he has pulled back from some activities, Love is still active in many ways.

He has been a tutor for the past two years at The Glen rehabilitation centre, where he said he has made built some “tremendous relationships” and acts as carer for a friend at Adelene Village at Wyoming.

“I’ve been very blessed; it’s all about people,” he said.

“I managed to turn my life around with help from a higher power.”

He still works as an HSC reader and writer for children with difficulties and is an active member of Green Point Baptist Church.

He and wife Marion, to whom he has been married for almost 57 years and who he says is his “greatest support”, have three children and six grandchildren.