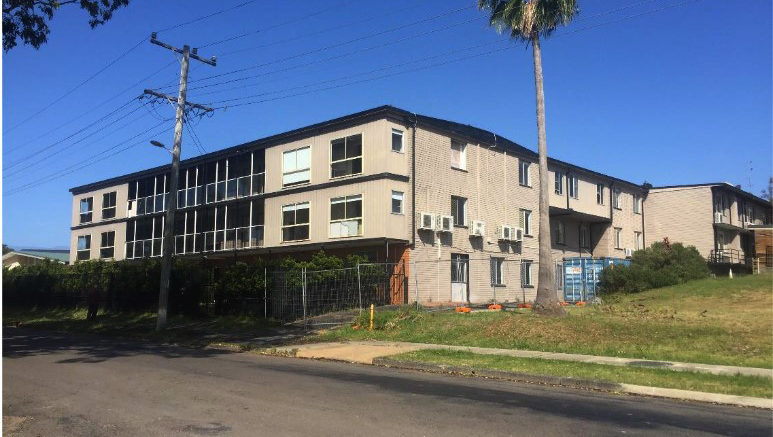 Toukley Community Action Group has come out fighting again to oppose yet another revised application for a boarding house at 51 Peel St, which is now open for public comment.

Spokesperson for the Action Group, Bronwyn Evans, said they disagreed with the conversion of the former nursing home into a boarding house.

“The applicant is tinkering around the edges of the application but the fundamental issues remain,” she said.

The proposal seeks approval from Central Coast Council for alterations and additions to the existing building on the site, which was an aged care home.

The applicant notes that this is in accordance with the existing zoning that permits this form of development in the locality.

A previous application for a boarding house was refused on September 17, 2020.

The site covers an area of 3,616.1sqm with street frontage to Peel St and overlooks Osbourne Park and Budgewoi Lake.

There are plans for an extensive redesign of the external building and internal layout for repurposing to create a residential boarding house.

The Statement of Environmental Effects (SEE) says the reasons for refusal of the previous application had been considered in detail in preparing this new application.

The applicant is an experienced operator of several other boarding houses and there is a Plan of Management included, the SEE stated.

The applicant is to run the boarding house as part of their wider businesses under the Seranin group.

Toukley Community Action Group and many individual residents have previously opposed the conversion of the former nursing home into a boarding house.

Spokesperson, Bronwyn Evans, said that locally there was a shortage of support services for residents.

“There is little in the way of employment opportunities for residents, both of the proposed boarding house and others residing in the suburb.

“Public transport in and out of Toukley is limited to buses which are not conveniently scheduled.”

In addition, Evans said, boarding houses with more than 61 residents were categorised as “very large” by a 2019 University of NSW City Futures Research Centre study.

“Such boarding houses are only located in metropolitan centres with large population densities, which Toukley is absolutely not,” she said.

“Toukley and the neighbouring suburbs of Canton Beach, Noraville and Norah Head, have a population of about 10,000.

“Using the 2016 Census as a guide, 0.15 percent of the population of Greater Sydney was counted in boarding houses or private hotels.

“Using this benchmark, boarding houses in this area should house no more than 15 residents.

“All of these by themselves provide accommodation for greater than the benchmark.

“Toukley has more than an adequate proportion of affordable rental properties in comparison to Greater Sydney.

“There are inadequate support services and this further propagates disadvantage,” Evan said.