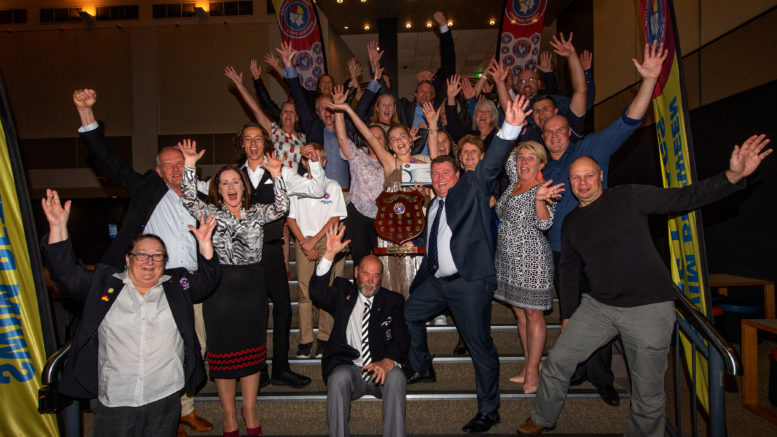 Both Umina and Ocean Beach Surf Life Saving Clubs have had multiple successes at the Central Coast Surf Life Saving’s annual Awards of Excellence evening, held on Saturday, June 12, in recognition of the many surf club achievements throughout the 2020/2021 season.

Held at Mingara, all 15 clubs, from the Lakes in the north to Umina in the south, attended the event to look back proudly on a year that included zero drownings on patrolled beaches.

This is despite an approximate increase in visitors during patrolled hours of 34%.

The night recognised the outstanding achievements in surf sports, education, lifesaving, youth activities and patrols, with a number of clubs and individuals receiving awards in different categories.

The highly sought-after award of Club of the Year was won by Ocean Beach.

Ocean Beach SLSC President, Dean Slattery, said it was an honour to be named as Club of the Year.

“As the oldest surf lifesaving club on the Central Coast and to be named Club of the Year leading into our 100th year celebrations in 2022 is a great honour and testament to the hard work of every member of the club and management committee,” Slattery said.

“Upskilling our members through education has been a key focus of the club and this is integral in ensuring that beachgoers can enjoy the pristine waters of Ocean Beach in confidence, knowing they have the best in the business watching over them.

“[This is] a legacy that our forefathers and mothers have left us, with ‘no lives lost’ during patrolling hours, a statistic that the club is immensely proud of and one which we intend to keep.”

As well as this, Ocean Beach took away the Patrol Competition award and had three of its members win individual awards.

Liam Drake won the Youth Surf Lifesaver of the Year, another one of the highly contested awards.

Jacob Falconer was awarded the Rookie of the Year and Natalie Tucker the Patrol Captain of the Year.

Umina Beach were also well recognised for their work this season, coming away with four individual awards.

Paul Sharpe was awarded the third major accolade: the Surf Lifesaver of the Year, while Kaiu Darwin received the Youth Volunteer of the Year award.

Harold Marshall won the Volunteer of the Year and James Irwin the Support Operator of the Year.