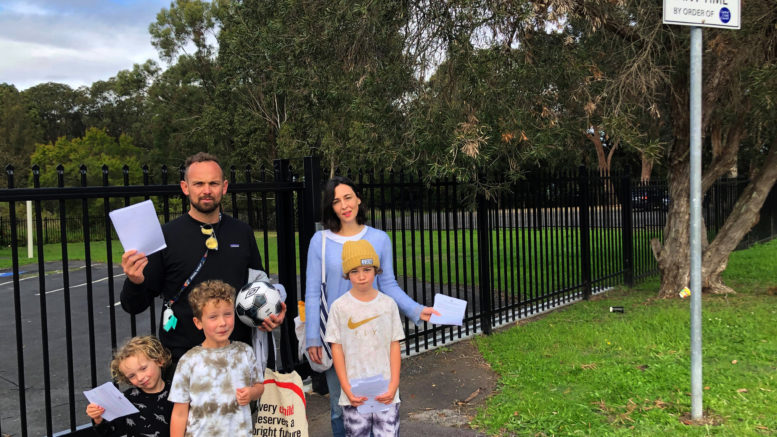 Gosford East Public School P&C Association is concerned that selling off a car park in East Gosford will cause more congestion and traffic along Central Coast Hwy, and in turn, risk children’s safety.

The land to be sold off by the Central Coast Council is a car park reportedly used by staff at St Joseph’s Catholic College located at 3 Albert Street and 9 Russell Drysdale Street.

Currently there is not a large amount of parking meaning parents and students are forced to park along residential streets, which also causes problems for locals.

President of the Gosford East Public School P&C Association, Ben Davison, said traffic caused by this congestion is already bad and selling this car park will make it worse.

“We are concerned mostly from the viewpoint of safety.

“You have a lot of small children, a lot of cars, and a lot of parents who are in a hurry, trying their best to get in and out as best they can,” Davison said.

“The parking on Webb Street itself goes 300-400m up the street because you get all the St Joseph’ parents parking there… and then people try and do U-turns because you can only turn left on Central Coast Hwy… the traffic situation at the school is already pretty bad.”

He said his biggest concern is that the Council may sell the car park to a developer who does not have the community’s best interest in mind.

“With the Council being in the financial position it is in now, we’re worried that rather than deciding on what’s in the best interest of the community, it will be who can pay the most money,” he said.

“If it was sold to a private developer who is going to build a bunch of townhouses on it, that is only going to make this situation significantly worse.

“You are going to have more parking on the street, less access, and it is going to add dozens of more cars onto the road.”

Members from the P&C handed out flyers last week to residents and parents to help raise awareness about the issue.

Davison said they have also raised their concerns with politicians.

“Ideally, we would like to see it used as a pick-up/drop off space for all three schools to help alleviate the situation… because at the moment Gosford East doesn’t have one at all.”