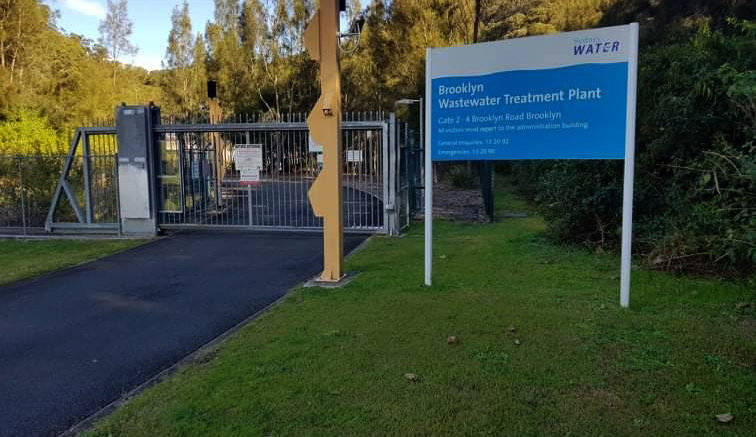 Central Coast Local Health District extended its hours at local COVID-19 testing clinics from Monday, June 21, after fragments of the virus were detected in the sewage treatment facility at Brooklyn on Sunday, June 20.

According to NSW Health, the Brooklyn Wastewater Treatment Plant services around 1,000 people including the Central Coast suburbs of Mooney Mooney and Cheero Point.

Director of the Central Coast Public Health Unit, Dr Kat Taylor, said no special measures had been put in place to enhance testing for Mooney Mooney or Cheero Point residents but, since Monday, the Gosford Hospital testing clinic (located adjacent to the Gosford Hospital P2 car park) had been opened from 9am-5pm daily.

The Wyong Hospital clinic (located in Building C opposite the Health Services Building) had been opened 9am-3pm weekdays and 9am-5pm weekends.

The extended hours were expected to remain in place until at least 5pm, Sunday, June 27.

Walk-ins are accepted at the hospital testing clinics seven days a week.

Dr Taylor said the recent period of “testing complacency” was over as a result of the spread of the Bondi Cluster which reached 39 cases for the week to Wednesday, June 23.

She said fragments of the virus had not been detected in the Central Coast’s sewage system but emphasised the importance of “hand hygiene, physical distancing and masking”.

“It is absolutely critical to get tested if you have any symptoms,” Dr Taylor said.

She said daily testing numbers had already increased on the Coast as the Sydney outbreak spread.

“Between 30 and 40 tests were being conducted at each hospital per day in the lead up to the latest outbreak,” she said.

Last Saturday [June 19] more than 80 tests were conducted at each site and the numbers are now above 100 at each site per day.

“We’ve got a really strong Primary Health Network doing its best to stay ahead of this outbreak, but it is critical for everyone to stay vigilant and watch for updates on the NSW Health website.”

According to Central Coast Health anyone experiencing any COVID-19 symptoms should step forward for testing immediately, even if they have been fully or partially vaccinated.

Federal Member for Robertson, Lucy Wicks, said news of the positive sample of COVID-19 at the Brooklyn plant was a timely reminder to Central Coast residents and workers to go out and get tested for COVID-19.

“With new infection sites popping up all over Sydney, we need to remain vigilant,” Wicks said.

“I am joining calls from the health authorities for residents in Brooklyn and the surrounding areas to get tested and keep our community safe.

“The positive test in Brooklyn’s sewage system does not confirm an active COVID-19 case in our community or that we are going to be subject the measures we have seen in some areas of Sydney.

“Testing sewage is a precaution used to help track infections and at this stage, is provides an early warning for the Central Coast.”

Central Coast Health has been managing both the potential for the Bondi Cluster to spread to the Coast and the latest changes to the vaccine rollout for those aged 50 to 59.

On July 17 the Australian Government received updated advice from the Australian Technical Advisory Group on Immunisation (ATAGI) about the AstraZeneca COVID-19 vaccine to recommend Pfizer vaccine be preferred for adults aged 59 and under.

The updated advice was based on new evidence that demonstrated a higher risk for the very rare TTS blood clotting condition in the 50-59 year old age group.

ATAGI also strongly recommended that those aged 50 to 59 who’d had their first AZ dose without adverse side effects should go ahead and have the second.

“It will mean some patience is required for 50-59 year olds seeking access to Pfizer first doses over the coming weeks,” the Commonwealth Government statement said.

Dr Taylor said vaccination was a Federal Government issue but said she encouraged Central Coast residents to check their eligibility on the Commonwealth website and discuss their options with their GP.

Council commits to online events in response to COVID-19

Chamber wants to stop virus at the river