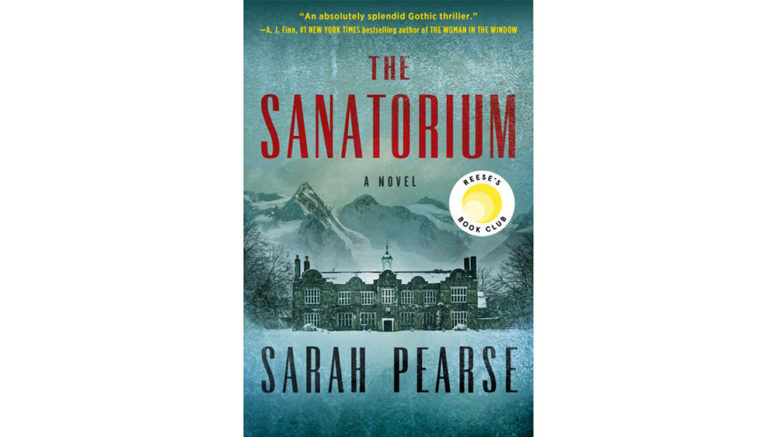 If someone tells you that they have book for you to read, set in a hotel in the Alps during winter, just run away – no good book ever come from such a setting.

A few months ago, I reviewed One By One by Ruth Ware, another book set in the alps (French) during winter in which a blizzard cuts off access and communication.

I am not sure if I have Alps issue or blizzard issues, but so far these settings have not yielded much.

This is the point I usually describe the plot but, warning, this one is so convoluted I am not sure I am going to make any sense. But Here goes …

The Sanatorium once housed tuberculosis patients, but now in 2018 it has been converted into a five-star hotel, Le Sommet.

It is extremely difficult to get to in good weather so near impossible when there is a blizzard.

The property developer is Lucas Caron and his friend, Daniel Lemaitre, the architect, has gone missing.

Elin Warner and her boyfriend Will are on the funicular heading up to Elin’s brother’s engagement party at Le Sommet.

Isaac is marring Laure, who works at the hotel.

Elin and Laure were friends when they were younger, but something happened that drove them apart.

Elin thinks the engagement party, up in a secluded hotel, miles from anywhere, might be a good time to confront her brother about Sam.

Sam was their younger brother, and something happened years ago when they were children.

And, of course, there is no better time to confront someone about a long-ago issue than at an engagement party (read that with all the sarcasm that is intended).

Elin overhears Laure arguing on the phone one night and the next morning Isaac reports her missing.

It also just so happens that Elin is a police officer … convenient right.

However, she is on leave because of an error she made in the line of duty … a bit less convenient.

She isn’t sure if she will return to the force, but she has to decide quickly as the they can’t extend her leave any longer.

More people go missing and then some begin to show up dead.

The Swiss police are unable to reach the hotel because there was an avalanche which means no one is coming in or going out.

Elin is on her own to solve these murders.

She doesn’t have jurisdiction and the Swiss police do not know that she is currently on leave.

While investigating the murders Elin discovers the sanitorium has a terrible secret and that her recollections about Sam might not be what they seem.

She makes many mistakes while investigating that make her doubt herself.

But if she doesn’t uncover the truth, who will?

This was a Reese Witherspoon book recommendation and seems to get pretty good reviews but some of the readers on Good Reads had the same opinion as I did.

Elin isn’t very likeable – she is basically a pain in the neck (and you know what I think about books whose main characters I really don’t like).

I am not sure why her boyfriend, who seems pretty amazing, puts up with her.

The issue with Sam went on too long, why wasn’t this resolved years ago?

I also found the ending was so improbable that when it actually came I didn’t care anymore, I just wanted it to be over.

A big no from me – strike another cross against the Alps.