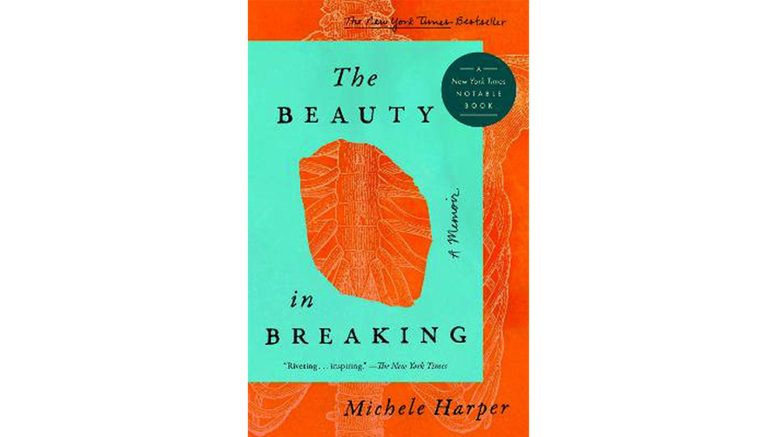 The introduction of The Beauty in Breaking has a lovely paragraph describing Kintsukoroi, which is a Japanese art of repairing the cracks of broken pottery with gold or silver.

It is a way of highlighting the break and in some ways “the previously broken object is considered more beautiful for its imperfections.”

Do people get more beautiful after they have been broken?

From an early age Michele Harper knows all about breaking.

She grows up in an abusive household.

For a brief moment the house is quiet, “no one is screaming or yelling, no one is punching, no one is being hit, no piece of furniture has topped to the floor.”

She briefly takes note of a cardinal singing.

Then it starts again.

It was a game they ultimately lost.

One day the fighting is so bad that Michele calls 911.

It was always understood that anything that happened stayed within the walls of the house and, so, when she made that call, she broke the rules.

Michele’s mum refused to press charges and at that moment Michele realised “there really wasn’t anyone we could turn to.”

The fighting would continue until her father leaves after biting her brother on the thumb after he had him pinned to the ground.

The cut is deep and Michele has to take her brother to the emergency room where she will see people going in broken and coming out healed.

People getting fixed – a sight that will change the course of her life.

Michele attends Harvard where she meets her husband.

The two get set to move to Philadelphia after Michele finishes her emergency medicine residency at Mercy Hospital in the South Bronx.

However, before she graduates, he says to her, “You’re doing well in your career, and I’m not.”

He leaves so he can focus on his career and Michele heads to Philadelphia alone.

She becomes an ER doctor, living the day-in-day-out dramas of the ER ward.

Through her patients she learns about putting the broken pieces of her life together.

The death of a newborn baby will make her think of the baby she and her husband would have had if they stayed together.

The experience will make her realise how fast life can change.

There will be a patient that has an alert on his record about being violent.

This will make Michele confront her preconceived notions about people and their suffering.

There will be a black prisoner brought in by four white police officers which will reinstate the reason she wanted to be doctor.

This book has some powerful messages about domestic violence, about racism, about resilience and about forgiveness and healing.

As she writes, “America bears many layers of racial wounds, both chronic and acute,” and part of her purpose is to continue her fight to promote social healing.

At times I found myself skimming over parts which I thought went on too long or were a bit self-serving (there were a few of those) but, on the whole, I enjoyed the book and the writing.

I especially liked the parts where she writes about what people would say if they were to speak the truth.

I wish we could all be that insightful about other people.

Tesch’s comments will alienate most men