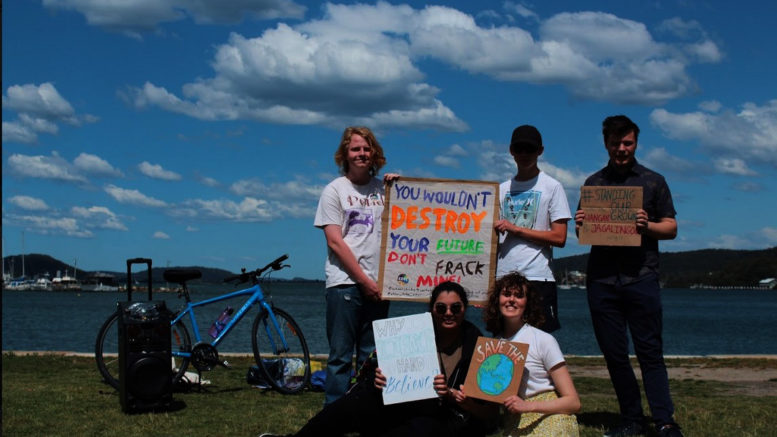 School students across the Central Coast will hold a rally on Friday, May 21, as part of what is expected to be the largest national school strike since COVID-19, protesting against gas and coal projects.

Organiser, Jayden Delbridge of Wadalba, a Year 11 student at St Peter’s Catholic College, said students would be urging the Federal Government to say no to funding gas and coal projects, and instead invest in clean renewable energy, secure jobs and First Nations solutions to protect Country.

“We’ve got seven years until our actions are irreversible, we just can’t keep waiting until it’s stopped.

“We’ve got the Wallarah 2 mine north of the Central Coast, it’s contaminating our waterway.

“Coast isn’t the answer, we need to start moving from gas and coal and into renewable energy,” Delbridge said.

He said the May 21 strike would see actions planned in capital cities, regional centres and country towns across the nation.

The day is being organised by the School Strike 4 Climate network, with support from First Nations communities, unions, parents and everyday Australians.

“The Morrison Government could be protecting our climate, land and water and creating thousands of new jobs,” Delbridge said.

“Instead, they are lining the pockets of multinational gas companies which are fuelling the climate crisis, devastating our land and water, wrecking our health and creating very few jobs.

“On Friday we’re striking to tell the Morrison Government that if they care about our future, they must stop throwing money at gas,” he said.

Delbridge organised smaller groups of 20 student to rally at various parts of the Coast in September 2020 in Covid safe protests against the Government’s support of the gas industry as part of 400 #FundOurFutureNotGas days of action held all around Australia.

The student rally will be held between 12 noon and 2pm at Kibble Park, Gosford.