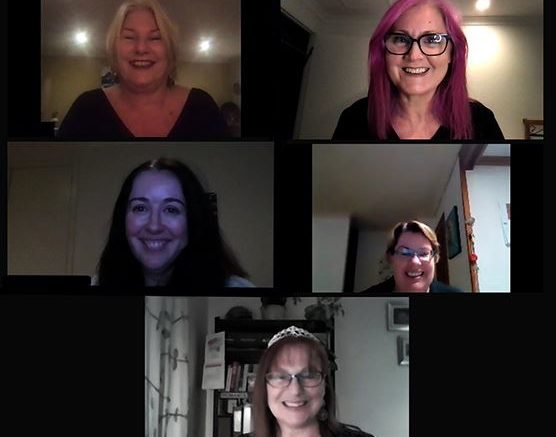 Last year, a local Peninsula woman formed an online writing critique group with four other women from across Australia; one year on and the women have written and published their first anthology, released on May 18.

During the worst of COVID-19 last year, Umina Beach woman Margaret Key reached out online, hoping to connect with other like-minded writers.

“I posted a notice on the Romance Writers of Australia Facebook page asking if anyone would be interested in joining a writing critique group via Zoom,” Key said.

“Here we are, a year later with five members from around Australia.

“We began talking about creating an anthology that focused on a fictional town somewhere in the South Coast called Emu Bend, which was recovering and rebuilding after devastating bushfires, and along the way discovering romance and a happy ever after.”

Appropriate for all ages, the book also has complementing recipes that reflect the food mentioned in the stories.

Key said her short story, ‘High and Dry’ was an enemy to lovers romance, focusing on a blossoming romance during a Country Women’s Association chocolate sponge competition.

The women call themselves the Write Connections, which Key said perfectly captured how unique their critique group was.

“We only meet via Zoom every Tuesday evening; I write as Chelsea Locke, and I’m based here in Umina Beach,” Key said.

“We will meet for the first time in person at the Romance Writers Conference on the Gold Coast in August.”

Two more anthologies are planned for release this year, with ‘No More Secrets’ released in August and a following anthology around Christmas.