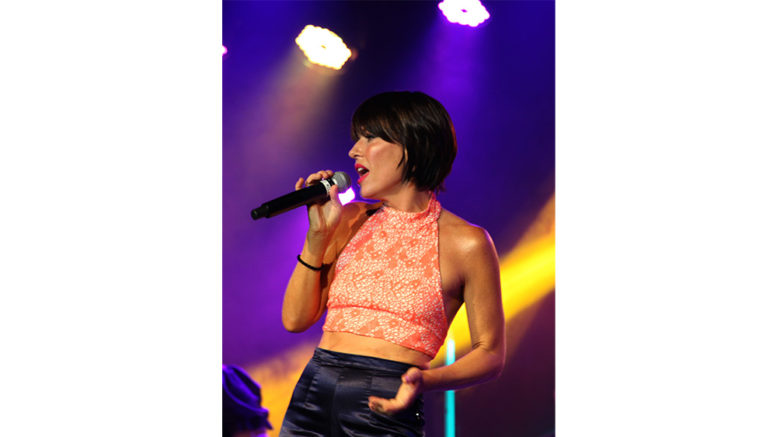 Central Coast resident, Nikki Bennett, is no stranger to the limelight, from featuring in musicals, movies and TV shows, as well as running a production company, she is now starring in a theatrical tribute for Australian Music legend, Helen Reddy.

The tribute is called INVINCIBLE- THE HELEN REDDY STORY, and was written by Bennett in 2012.

The inspiration for Bennett to write the play came to her one night when Reddy appeared as a guest on the David Letterman show, and Bennett discovered that the musician had a very extraordinary yet untold life story.

Also, Reddy’s discography was the soundtrack of Bennett’s childhood, as her mother was a huge fan and played Reddy’s Greatest Hits cassette on their family trips to Queensland.

“It’s a massive responsibility but I cannot wait, it is just so amazing to stand on stage every night and to see how people are moved by Helen’s story and to watch so many people stand up at the end and celebrate the finale when I sing, I am Woman,” said Bennett.

Reddy was a single mother with a young daughter who left Australia for the United States following her dream of becoming a star.

Struggling against impossible stereotyping, gender inequality, financial hardship and trying to get into the notoriously difficult entertainment industry, Reddy eventually achieved her goal when she landed her first number 1 single on the US Billboard charts with, I am Woman.

Reddy’s most iconic track I Am Woman, cemented her as a feminist icon, as the song was an anthem for second wave feminism, and she was dubbed the Queen of 70’s Pop by the Chicago Tribune.

Bennett’s career has many similarities with Reddy’s as they both participated in a national singing competition which took them around the world launching their careers.

Both were discovered on a variety show, with Bennett having been featured on The Midday Show in Sydney, and Reddy on the Johnny Carson Show.

The pair both starred on television, with Bennett playing a lead role on the soap opera Out of the Blue, and Reddy hosting her own show on American channel NBC.

Both have also appeared in films with Bennett being cast as a leading role in Walk the Talk and Reddy in Pete’s Dragon.

The pair have also been cast in musicals, with Bennett featuring in HAIR and Reddy in Blood Brothers.

Having written and directed many shows for International corporate events, Bennett began writing the two-hour tribute in 2011, which took her 12 months.

The show had a small QLD run of 28 shows in 2016, but it was not until Reddy passed away in 2020 that Bennet would be asked to take the show on a national tour.

Bennett has also been contacted by representatives in the United States to bring the show there in the future.

“Now at a time when women all over the country are standing up to be counted, many of them are turning up to the show, inspired not only by the iconic feminist anthem, but by the inspirational story of the woman who wrote it, sang it, and also embodied its message.

“I see it as an absolute honour to bring Helen’s story to Australian audiences, most of whom know very little about what Helen actually achieved in her career, or the struggles that she faced during her life,” said Bennett.

To celebrate women, the show will have its matinee performance on Mother’s Day at the Art House in Wyong.

“This is where I live, it is the only Helen Reddy show in the world and I get to perform it right here on the Central Coast.

“We chose to do a 3pm matinee on Mother’s Day because it is a show that celebrates women, and Helen always saw motherhood as her most important role, it just seemed like a perfect fit,” said Bennett.