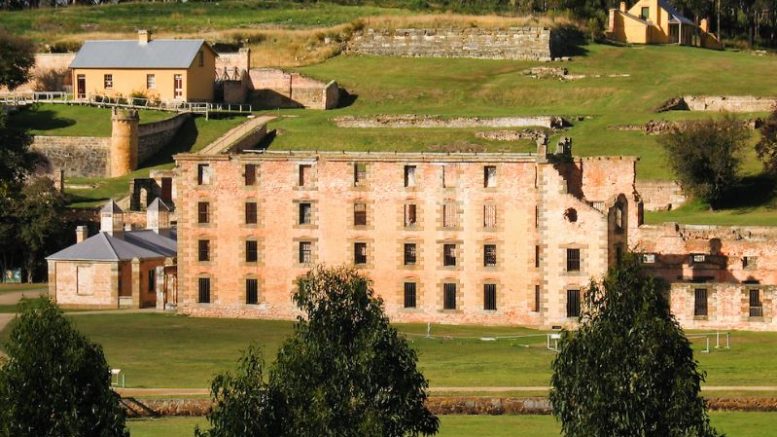 On April 26, 1996, 35 people were killed and 23 wounded in Tasmania’s Port Arthur in Australia’s worst ever massacre by a single person.

It was the catalyst for fundamental changes to Australia’s gun laws.

Reverend Rex A E Hunt’s role as chaplain and liturgist was to try to help people cope and heal.

The plea on my answer phone told me something significant had happened, and as the Senior Chaplain at the Royal Hobart Hospital, I needed to respond.

It was a few hours later when the injured and the relatives started arriving at the hospital that we first began to sense the growing tragedy which has become known as ‘Port Arthur’.

Much has now been said and written about this tragedy, for which this week marks the 25th anniversary

As a result of my personal involvement over a very intense ten days, the memories are still close to the surface, the shock, the heartbreak, the futility of it all.

When you drop a stone in a lake, many ripples flow from that rupture, spreading over the surface of the lake.

When you drop 55 stones into a lake all at once, the ripples flow and crisscross in violent reaction over the entire surface of the lake.

At the hospital our task was clear.

Along with the counsellors, we were to visit the wounded, comfort the bereaved, support the hospital staff and offer some semblance of hope amid untold tragedy, especially to those not involved but still affected by the event, and… stay sane ourselves.

At Scots Church it was similar.

Situated one block from the hospital, it had been open all week, and a small number of people had entered for peace, prayer and silence.

One young bloke had two mates who were killed.

Another was a mother who had visited Port Arthur with her two daughters just the day before.

Another was a neighbour who was the brother of three people who were killed.

A person who had car trouble, so visiting friends hired a car and drove down themselves, only to be killed.

A mother who on hearing her son had been seriously wounded and her daughter-in-law killed, suffered a heart attack and died.

And, equally important, what to do?

As the people gathered at Scots Church for worship the following Sunday, 35 white candles were handed out.

Not everyone attending received a candle.

Then following a ‘Celebration of Faith’, those with candles were invited to come to the front, light their candle from the Community Candle and form a circle.

Those who didn’t have a candle were then invited to form a loving circle around the candle bearers.

Together we begun the healing process offered when one is in community.

Those with candles were asked to keep and protect them on behalf of us all.

I continued to see those candles in crystal cabinets and on mantle pieces as I visited over the next few months.

As the first week following the tragedy drew to a close, the hospital chaplains met to plan a service of healing and restoration.

It was decided to hold the service in the hospital forecourt, where the media had camped for the past week.

All staff were notified, and each person was invited to bring along a symbol of their work to shape a tableau of service.

Some brought a phone, a bed, a trolley, a pager, notebook, gloves, a book of prayers, others food.

The special liturgy consisted of music, a meditation, two biblical readings and a prayer.

As each section within the hospital is colour-coded, 42 coloured balloons – red, blue, clear, yellow and white were also used – to which the chaplains added green.

Representatives from each section brought the balloons forward and then as a group, the balloons were released into the air to float over the hospital and the city.

When they were released, there was absolute silence.

Another special moment then happened when several hundred sprigs of greenery were offered as a symbol of renewal and hope.

Staff surged around the chaplains handing out the greenery to take a piece for themselves and for those not present.

They sighed in relief.

The long journey of healing the hospital and staff had begun.

Rev Rex A E Hunt was the Senior Chaplain (Uniting Church) at the Royal Hobart Hospital during the Port Arthur tragedy in 1996. Today he is retired and living in Empire Bay on the Central Coast.