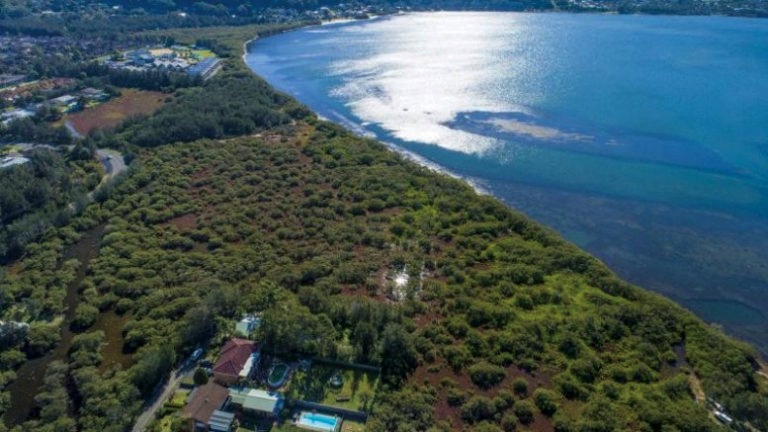 Negotiations continue for the purchase of the Davistown Wetlands Photo: One Agency

Davistown Progress Association has welcomed an announcement by Central Coast Council Administrator, Dick Persson, that there is still hope for a positive outcome on the purchase of the Davistown Wetlands.

A voluntary planning agreement could be on the cards.

At Council’s April 13 meeting, Persson accepted a staff recommendation to discontinue trying to buy or acquire the land known as the Davistown Wetlands.

He said that the owners of the wetlands and Council are at an impasse regarding the valuation of the land.

“Council met with the owners’ representative and landowners in March this year to consider any agreeable solutions regarding the purchase of the Davistown Wetlands,” Persson said.

“While the owners are keen to sell the land, the price they are proposing is well above the various market valuations which Council has received.

“The difference of opinion regarding the land value is due to the severe environmental and flooding constraints affecting the site.

“While these have been discussed with the owners, they are of the opinion that these constraints should not impact the market valuation given historical approvals and developments of neighbouring sites in Davistown.

“Despite efforts to reach a solution, an agreement on price is unattainable and Council is bound by both its adopted Land Transaction Policy and appropriate governance, which prevent Council from purchasing land for more than its market valuation.”

In November last year the owners of the land requested Council defer the matter to allow further time to discuss a range of options.

A meeting occurred between the landowners, the owners’ representative, Council’s Economic Development and Property Unit, and Chief Operating Officer Malcom Ryan on March 10.

Ryan said there was a lot of emotion attached to the issue for the owners.

He also said a voluntary planning agreement was possible.

It would mean land would be offered to Council while other land appropriate for development would be allowed to be developed.

“Things are looking very promising that a final resolution (is in sight) of the decades long battle to get the majority of Davistown Wetlands back into public hands for proper care and protection into the future,” McCulla said.

“The parties are finally speaking and appear to be reaching a compromise that most residents will be happy about.

“The Administrator has heard our call for a resolution to be reached while he is in the position to do so.

“It’s been a constant battle to this point, and we are hopeful it will allow the most pristine parts of the wetlands to be preserved going forward.

“The reserve funds set aside for this purpose should allow for proper maintenance into the future.”

Car in the water at Davistown a navigational hazard

Davistown Wetlands protection group to meet with all tiers of Government

Paddles to the fore