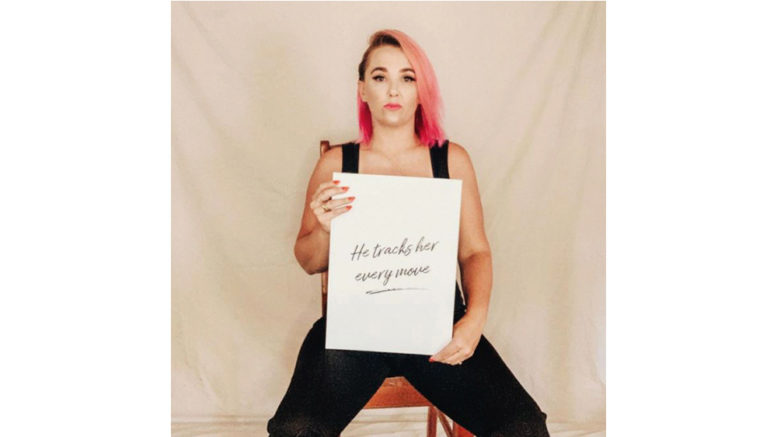 Reeves is a Lake Munmorah local and has lived on the Central Coast for 35 years, and along with being a domestic violence advocate, she is also a survivor.

“When I was 18, I met my daughters’ father, and we were in a relationship for nine years.

“There was physical, emotional, and psychological violence as well as financial and coercive control.

“I was isolated with no friends or family.

“When I finally got out, I made it my mission to help people in domestic violence relationships flee quietly and safely.

“To date, I have helped 29 women and children leave domestic violence relationships with plans put in place.”

Reeves has advocated and volunteered for domestic violence charities for six years and founded the community platform, ‘ByBellaReeves’, which she uses to share experiences, stories and spread awareness.

“We started fundraising in September last year, which stops in June, and then in August, I set off on the adventure of a lifetime, as part of my campaign for RizeUp Australia, I will also be starring on international TV!”

Charity TV Global, producers of the 7Plus television series Adventure All Stars, reward people for their fundraising efforts by having them star in the international show.

Each episode follows 12 different people who have raised money for a particular charity.

They are gifted with unforgettable experiences at incredible locations as a reward for their philanthropic efforts.

All net proceeds from Reeves’ episode will be donated to RizeUp Australia to support their life changing work in the domestic and family violence space.

Reeves will also be a guest speaker at the International Women’s Day Networking Lunch at the Royal Hotel, Wyong, on March 8, with ticket proceeds going towards Reeves’ fundraiser.

“We must raise awareness of domestic violence because we need to break the stigma,” Reeves said.

“No one should ever feel alone.

“We should all feel safe in our own homes.

“I use my past experiences as a power, but that took me a long time.

“Now I’m strong enough to stand up and speak up.”