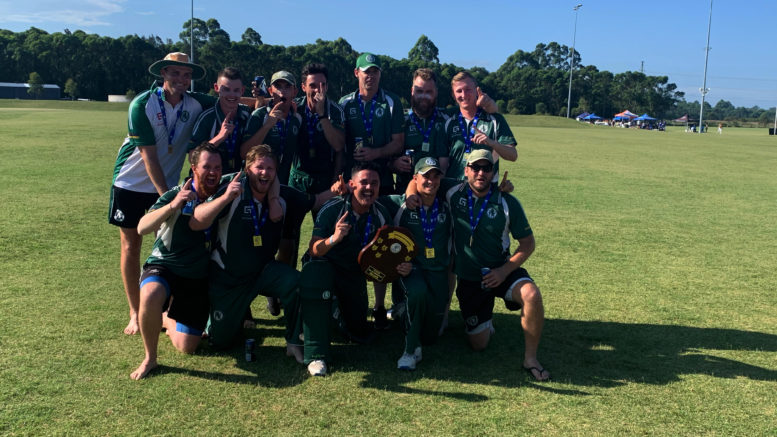 The Central Coast Cricket Association’s One Day Premiership has been won by Narara Wyoming over Terrigal Matcham at Tuggerah Regional Sporting Complex on Sunday, February 28.

Each team made use of 38 overs, with Narara batting second and overcoming Terrigal’s score of 135 runs, with five wickets still to play.

In the opening innings, it didn’t take long for Narara to take their first wicket, making opening batsman, Kristian Mitchell, walk in the second over due to Ethan Lulham’s catch off of Michael Shelley’s ball, who went on to take two more.

Nonetheless, Terigal’s opening batsman, Lloyd Radcliffe, went on to face 80 balls and score a total of 38 runs, the highest scoring for his team.

Radcliffe’s end came in the 28th over when Lulham ran him out off of Thomas Owen’s bowling.

Despite Radcliffe’s strong innings, as well as that of Zachary Peters, who scored 34 runs off 53 balls, and who was again caught by Lulham, Terrigal were plagued by a string of underwhelming performances and were all bowled out mid-way through the 39th over.

A similarly stunted start reduced Narara to nine batsmen after six overs, with both Carl Bolte and Mark McLachlan reaching only seven runs each.

From here, consistency was found through the partnership of Lulham and Peter Gallichan, respectively earning 22 and 23 runs off 61 and 44 balls.

Entering in the 20th over, Owen went on up to Narara’s second last over, earning 39 runs off his 65 balls faced.

With the scores levelled at 135, Kered Baird lost his wicket at the hands of Terrigal’s Alex Patterson, and Narara sent out Shelley to finish the game.

However, it was the Narara skipper, James Smith, who finished it off on the very next bowl, scoring his team’s winning run and raising his total to 27 not out, off 29 balls.

Bob Pierse publishes ‘A Delltones Story – Get a Little Dirt’