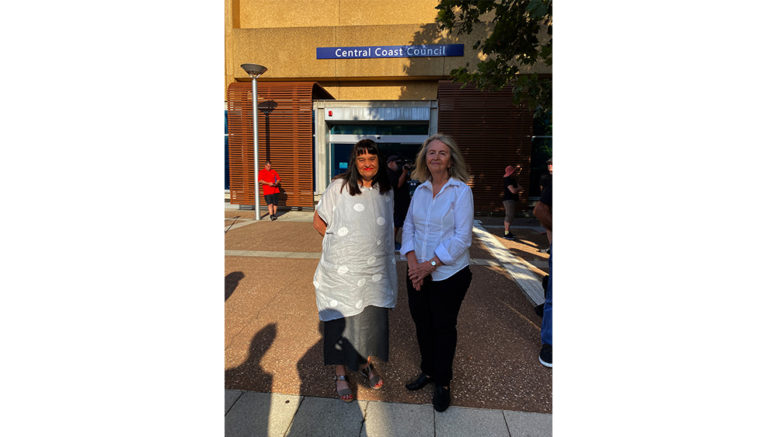 Susan Greene (left) and Marianne Hamilton, who started the petition

There is nothing like an increase in rates to stir up the silent majority, including myself.

Administrator Dick Persson and his new management team are pursuing the legal solution to this financial crisis.

However, I believe there are fundamental principles that are being swept under the carpet, and which should be investigated.

The NSW Auditor General, the Office of Local Government and past Administrators, CEOs and CFOs have all had skin in the game.

They all knew something was wrong with the CCC’s official financial statements but they didn’t dig deep enough until it was too late.

In a nutshell, it appears that Council’s financial staff didn’t present the correct totals in past financial statements (pre amalgamation).

This resulted in the official bottom line showing $129.5M more than the real figure.

This mistake was carried over in the following years and Council’s new management probably didn’t realise the problem until March, 2020, when the Auditor General started asking difficult questions.

According to the Auditor General’s report, the illegal spending of restricted funds goes back to Gosford Council in 2001.

Can someone please explain what was happening?

On top of these mistakes, Council’s management went on a uncontrolled spending spree, increased staff numbers and amalgamation expenses were not properly budgeted from the beginning.

Most of the councillors appear to have been blind to what was happening until the Council could no longer pay wages ($6.2M).

Whilst Mr Persson has done a great job in getting the Council back on track, it appears that ratepayers do not have the full picture.

We need a judicial inquiry to make the cohort of public servants accountable.